HTC, a global leader in mobile innovation and design, has announced that its flagship smartphone, the new HTC One, will now available in all major retail stores in Lebanon. 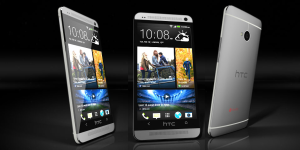 Customer care and a one year warranty will be available exclusively through Go Mobile, HTC’s distribution partner in Lebanon.

“The demand for the new HTC One smartphone has been phenomenal, and we are pleased to say that our revolutionary handset is now available for purchase through Go Mobile, our exclusive distribution partner the HTC One smartphone in Lebanon,” said Mohammed Kais Zribi, Regional Director, HTC Middle East and North Africa.

HTC has come out fighting with its new One. Completely redesigned, it features an aluminium case, 4G connectivity and an updated version of the Sense platform. It also introduces three new features to the mobile smartphone market: HTC BlinkFeed, HTC UltraPixel Camera with HTC Zoe and HTC BoomSound.