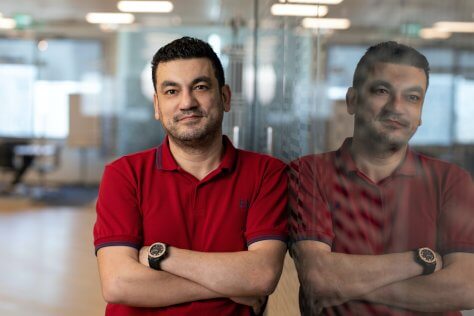 Organisations are undergoing rapid growth in technological advancements, blurring the lines between offline and online. There has been a rapid shift in digital technologies, with the fourth Industrial revolution serving as a catalyst. With Earth Day fast approaching, companies have decided to capitalise on the breakthroughs in digital technology to deliver tomorrow’s energy more sustainably and safely. The digital world serves a far more critical purpose in this revolution than was first thought.

In recent years, we have witnessed incredible growth in digitalisation which has benefited us greatly, from helping industries rewrite their operational schemes to streamlining complex processes. Many sectors could use digitalisation to cut down on losses and efficiently produce items. For instance, the oil and gas industry suffers from variations in fuel prices and unstable economies – adopting digital technologies in these industries would offer them prior forecasts to prepare themselves for any downfalls.

The futuristic role of digitalisation is to streamline operations while improving Environmental, Social, and Governance (ESG) performances in the Oil and gas industries. Moreover, it has facilitated overall productivity growth with smoother operations, as they adopt cost-effective options. Upon further research, it has been found that offshore drilling platforms run at only 77% of their production performance, a reasonably low amount considering their total capacity. The low productivity has led to a $200 billion performance gap due to a lack of resources and unexpected events, such as accidents common in large oil and gas facilities. If digitalisation had played a role in the prior situation, data science and cloud computing software would have predicted the estimated resources needed beforehand, and enterprises would have been able to organise accordingly.

Moreover, it simplifies the complicated process of tracking facts and figures, the number of employees, and so on, preventing the chance of incurring losses due to inaccuracy.

Sustainability has become about more than just preserving – it’s about creating the easiest and most profitable path for production. With the popularity of this concept growing in the region, it has become an efficient way of reducing environmental damage.

When considering the MENA region, where elements such as oil and gas are extracted and refined, industries carrying out these procedures would greatly benefit from finding a way to digitise.

Another recent example includes Saudi Aramco’s investment in Earth Science Analytics, which provides software tools to analyse and identify potential exploration properties, such as mineral or construction sites. As a result of these digital interventions, manual hunting for places has been highly eased. This software provides all the information, from insurance to current quality reports, conveniently on one page.

Digitalisation, albeit a word or practice discussed for some time, is yet to be fully adopted within the oil and gas industry. Those companies investing appropriately now will outperform the competition both commercially and from an ESG perspective, ensuring they are contributing to the preservation of our Earth.