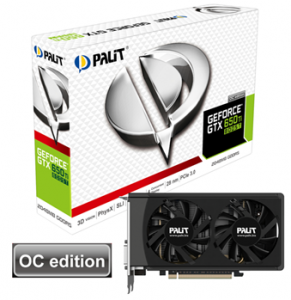 The family is overclocked at boost clock 1,072 MHz, which is 39 MHz greater than the standard speed, and the 2GB GDDR5 memory clock is set at 6,108 MHz – 100 MHz higher than standard. Palit claims that this results in a 30-percent performance increase at the DX11 benchmark, and 40-percent better performance in gaming, compared with the GTX650Ti.

NVIDIA Surround Technology
With Single GeForce GTX, you can expand your PC game or workspace across three displays for the ultimate widescreen experience Add in a forth accessory display to get access to your email, web, or other applications while you game.