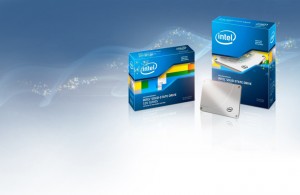 The 20nm flash memory process is the smallest on the market, according to Intel, allowing for better storage density. The company credits IM Flash Technologies’ 20nm NAND chip for making the advances possible, saying that the new planar cell structure makes it possible to scale the technology up without running into the problems caused by previous architectures.

While the 335 line can’t measure up to the company’s more enterprise-focused 520 series in terms of pure performance, the new drives consume considerably less energy — 350 millwatts under load and 275 mW at idle for the 335 series, compared to 850 mW and 600 mW respectively for the older devices.

The company says that the 335 series will also be substantially cheaper than the 520 line, though it has not released specific pricing data yet.

Intel’s ability to push down transistor sizes has already been seen this year, with the release of its Ivy Bridge line of CPUs — which feature a 22nm process — in April, producing similar gains in energy efficiency.