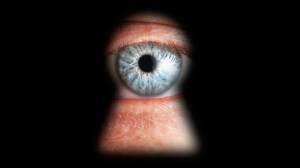 Civil rights advocates view Wednesday’s narrow defeat of a bill to curtail funds for the National Security Agency’s domestic spy programme as a sign of the growing opposition within Congress.

The bipartisan amendment, introduced by Rep. John Conyers (D-MI) and Rep. Justin Amash (R-MI) and co-sponsored by 30 lawmakers, sought to cut funding for the controversial NSA programme that collects data from telephone calls in the US.

The program was first revealed in documents leaked to reporters in June by NSA contract worker Edward Snowden, now a fugitive hiding in Russia.

The documents outline details of a programme under which the NSA is collecting metadata records of phone calls made in the US. The collected data includes originating and dialled numbers, call times and duration, location data and calling card numbers.

Snowden’s leaks of documents about the warrantless surveillance programme sparked widespread privacy, civil rights and constitutional concerns among some members of Congress and others.

The Amash-Conyers amendment, introduced as part of the Defence Appropriations Act, sought to curb mass, warrantless collection of phone call records of Americans by the NSA. It would have allowed the agency to continue such data collection activity only from specific suspects in anti-terror investigations.

The proposal drew a sharp rebuke from the Obama Administration, which has insisted that the NSA’s records collection activity is legal and vital to national security.

The proposed amendment was narrowly defeated by a vote of 205 to 217 in the House on Wednesday.

“The Amash amendment was a first step for Congress to express its opinion,” said Mark Jaycox, a staff attorney at the Electronic Frontier Foundation, which has filed a lawsuit challenging the NSA programme. “For such an amendment to garner support is a reassuring sign that privacy has no party and that a near-majority of Congressmen want to stop this programme,” he said.

Jaycox said the narrow margin of the defeat isn’t surprising considering that a majority of American’s think that the NSA’s use of the Patriot Act to conduct domestic surveillance is “overreaching, invasive, and unconstitutional. Legislative efforts are being pushed in both houses of Congress. And success of legislative reform is sure to come off of this decisive vote and important vote.”

The Centre for Democracy and Technology, another of many rights groups that have filed lawsuits against the NSA, expressed similar sentiments.

In a blog post, the group expressed disappointment that the amendment was defeated, but added that the close, bipartisan vote “shows that the tide is turning in favour of restoring our fundamental privacy rights.”

“This is only the beginning. As public opposition towards this troubling program grows, CDT will continue to press Congress to put an end to the blanket surveillance of millions of innocent Americans,” CDT president Leslie Harris said in the post.