The new series utilizes the latest magnetic recording technologies to achieve high areal density, helping to improve reliability compared to the prior MD04ABA-V Series. With up to 6TB capacity, the new DT02-V Series supports a maximum of 32 high-resolution camera streams and is suitable for use in leading surveillance DVR and NVR platforms with as many as eight drive bays. 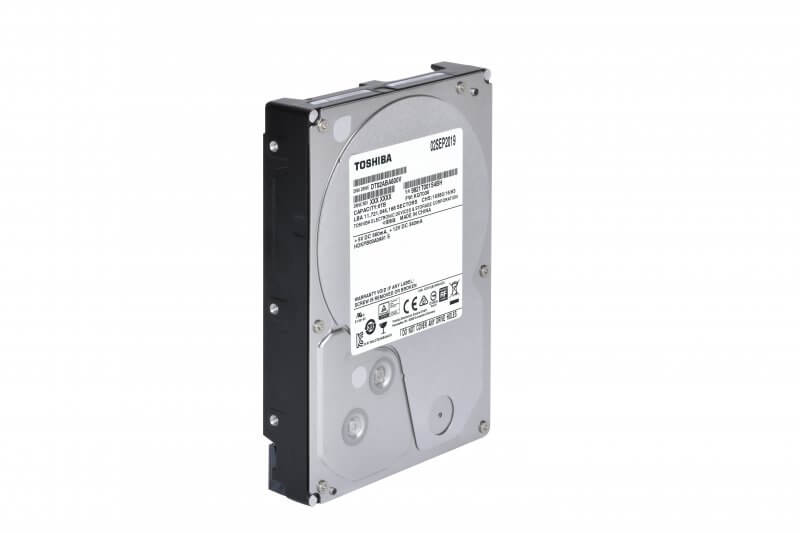 “Our latest surveillance HDD family, the DT02-V Series, delivers up to 6TB of storage capacity, and is designed for use with leading surveillance DVR and NVR platforms,” says Santosh Varghese, Vice president, Toshiba Gulf FZE.

“It also provides a variety of capacity options while improving reliability for high resolution surveillance video streams,” he added

The DT02-V Series is designed for robust 24/7 operation at HDD temperatures as high as 40ᵒC for 600,000 load/unload cycles, at rated workload of 180TB a year. Other features include a SATA 6Gbit/s interface with a 128MiB cache to help minimizing frame drops, and a robust mechanical platform designed to achieve a 1 million-hour MTTF.

The DT02-V Series 4TB samples are available from today, 6TB samples will be planned from Jan 2020, and a 2TB sample is expected to be available in March 2020.