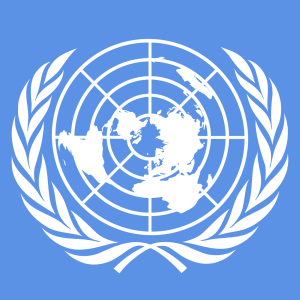 Following reports about U.S. surveillance worldwide, a United Nations panel has adopted a draft resolution on potential threats to human rights such as the right to privacy in the digital age.

The draft resolution, approved without a vote, would have the U.N. General Assembly call upon its members “to review their procedures, practices and legislation regarding the surveillance of communications, their interception and collection of personal data, including mass surveillance, interception and collection, with a view to upholding the right to privacy by ensuring the full and effective implementation of all their obligations under international human rights law.”

It notes that new technologies that increase the ability for surveillance, interception and data collection by governments, companies and individuals “may violate or abuse human rights, in particular the right to privacy.”

The mainly symbolic resolution was co-sponsored by Brazil and Germany, both countries whose leaders were reportedly spied on by the U.S. National Security Agency. German officials said in October that U.S. intelligence agencies may have spied on German Chancellor Angela Merkel’s mobile phone. There have also been reports that the U.S. spied on Brazil’s President Dilma Rousseff among other leaders.

The resolution does not name the NSA or its surveillance programs, details of which were leaked since June by its former contractor Edward Snowden, but evidently reflects concerns among governments around the world on the impact of international surveillance on its people and leaders.

The draft resolution that will now go to the General Assembly next month has been watered down in some parts under pressure from the U.S. and some other countries, according to reports. A reference in the original proposal to concerns about potential “human rights violations and abuses” that may result in particular from “massive surveillance, interception and data collection” was, for example, modified. The NSA is accused of dragnet surveillance both in the U.S. and abroad.

Katitza Rodriguez, international rights director of digital rights group Electronic Frontier Foundation, said in a statement that although the resolution passed is not as strong as the original, it is “a meaningful and very positive step” for the privacy rights of individuals, regardless of their countries.

A group of human rights and privacy organisations worldwide launched Tuesday a petition in support of what they call “International Principles on the Application of Human Rights to Communications Surveillance.” The document, which is also known as the “Necessary and Proportionate Principles,” lists 13 policies that governments must follow to protect human rights in an age of digital surveillance. The signed petition will be submitted to the U.N., world leaders and policy makers.