It took a long time for companies to come around to the idea of virtualising their environments. Virtualisation is a crucial step on the road toward the cloud, so they say. The benefits of this are well known. 2012 was seen as the year the Middle East finally begun to act upon the task of virtualising its industries – saving power, costs, time and effort in an attempt to progress into the future of IT environments.

“A virtualised environment is a highly efficient and optimised environment allowing the business to do more within the confines of the available resources – server, storage, power, etc.”

Virtualising existing applications for enterprises has, without a doubt, changed the way they operate.

“The key benefit of a virtualised environment is resource pool management – by consolidating and forming many IT core services into one flexible infrastructure with potentially no ceiling for infrastructure management,” says Joseph Aninias, IT Manager, University of Wollongong Dubai.

Noman Qadir, Regional Channels Manager, MENA and Turkey, Citrix, adds, “Virtualisation is profoundly changing data centre dynamics, enabling the delivery of IT services and applications as ‘on-demand’ services to the end user. Many organisations are struggling with the cost and complexity of hosting multiple physical servers in their data centres, so server virtualisation offers a proven technology for simplifying that structure, making it more cost effective, agile and manageable.”

The explosion of big data over the past 12 months has forced companies to increase the speed with which they deploy virtualised applications, especially in the storage sector.

“The era of information being dumped and dispersed across multiple servers and mainframes is long gone, and business leaders are rightly looking for solutions that are faster, more efficient and, above all, safer,” says Andrew Calthorpe, CEO, Condo Protego.

“A strong storage strategy is key to a successful virtualisation strategy. We have consistently seen our customer storage requirements grow as they proceed with their virtualisation plans.”

The legacy challenge
However receptive the industry has been in regards to this process, it appears as though the job isn’t fully complete. The job of virtualising beyond simple applications has been seen as a tough task by many. Legacy applications, mission-critical applications and their like are potentially the next big step in the journey for fully virtual environments.

“There are a few enterprises who have managed to virtualise more than half of their infrastructure due to the resource-hungry, mission-critical applications which demand more processing power of the entire physical servers. There is, however, some skepticism about moving their legacy applications into virtual environments,” says Rajesh Abraham Chacko, Head of Product Development, eHosting DataFort.

Boby Joseph, CEO, StorIT, says, “One of the most challenging issues facing the IT department is virtualising legacy systems and applications. No matter how well planned the IT strategy is or how efficient the operations and IT processes are, there will be some legacy systems that cannot be replaced, even though they do not meet the current standards.”

Sridhar Iyengar, Vice President of Product Management, ManageEngine, agrees with the complexity of some legacy conversions, however, he isn’t convinced that virtualising every aspect of the infrastructure is totally necessary.

Aninias says, “In some cases, legacy systems such as CRM, SAP, RMS and other systems developed by ERP providers may face come incompatibility issues, which impedes IT decision makers to implement a fully virtualised delivery of their business applications.”

The hurdle that legacy applications have presented the industry may be one that can be overcome with the right expertise. What’s the necessary ammo?

“The key to virtualising the environment is to completely understand all modules involved and understand technology tradeoffs and business benefits. For all this, the system architect has to know the type of storage and database used, storage and database I/O characteristics, typical system usage behaviour and patterns, how to provision LUNs and appropriate raid levels for the best read and write performance on the SAN, and how the data flows between the application, database and the storage layers. Such deep expertise is not very common to find and that is a challenge for most organisations,” explains Iyengar.

Qadir agrees: “The technology has evolved to sustain high storage and network IOPS in virtualised environments over the last couple of years. Most of the expertise resides in the ability to architect and design the solution to meet the performance requirements.”

“The process would have to follow the best practices for building the system, installation and configuration of the system for the maximum performance and the application of the latest patches. “ says Rajesh Abraham Chacko.

The next step to cloud?
Is all this virtualisation a way to take the Middle East toward the cloud? CNME reported at the end of the year on the first company to deploy a private cloud, and other businesses may be on their way, too.

The education on this procedure in the region is relatively high now, according to the experts. However, the uptake is somewhat slower than it has been in the west. Migrating from virtual environments to a cloud is a simple step, it’s been said, but when can the Middle East begin embracing cloud services, and how?

“While the awareness of these technologies is very high and there have been a few large private cloud deployments in the region, widespread adoption of cloud computing will only happen once established vendors and regional providers start actively pursuing these opportunities.”

The move toward cloud computing is driven by the industry’s understanding that it can lower capital costs and deliver more responsive and timely IT services to its businesses. The real heroes in this process will be the ones who recognise the importance of developed skills in new areas. System architects, analysts and network professionals will all be in high demand for this new era of IT.

“In virtualisation technology, the heroes are creative, open-minded people who can adapt and envision ways of delivering IT services to its end user regardless of the device,” says Aninias.

Joseph concludes with the view that the challenge at hand requires teams full of expertise with the skill sets able to take virtualised environments to the next level.

“When virtualising an IT environment, several teams need to work together and I would say all these people are heroes when it comes to virtualisation expertise.” 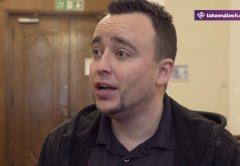 The right kind of skill