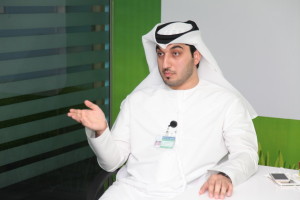 When one thinks of garbage and IT, it is usually in reference to old useless files or a poorly organised database. However, the waste management team at Bee’ah is now bringing technology to our trash. The Middle East’s leading fully-integrated environment and waste management company believes that the key to optimising the country’s resources is to streamline and maximise the use of the UAE’s waste.

Amin Al Zarouni, Head of ICT, Bee’ah, and the company’s entire IT team are always searching for new and cutting edge ways to improve the way waste is managed in Sharjah. Not to be satisfied with the status quo, the team has leveraged technology to cut down on the company’s environmental footprint and reduce the amount of waste that must be taken to landfills. “We are simply the best waste management company in the Middle East,” says Al Zarouni, “I can easily say that.” This may seem bold, but the claim is well backed up by Bee’ah’s numerous awards and, more objectively, their statistics.

Established in 2007, Bee’ah is the result of a partnership between the Sharjah municipality and a Canadian private investor. At the moment it is owned 50 percent by the municipality and 50 percent by the royal family of Sharjah. Through their four waste management facilities that process anything from tires to medical waste, the company manages to recover over 60 percent of solid waste and package it for reuse or sale.

To date, the company has invested over 300 million dirhams in updating and modernising the countries waste management infrastructure. Far from simply dealing with our rubbish in traditional and wasteful ways, Bee’ah is constantly inventing new and innovative methods to reduce, reuse and recycle the countries by-products.

Bee’ah’s plan to change the way we handle rubbish doesn’t stop with waste management and recycling. The company understands that awareness is key in encouraging families and communities to reduce waste that goes to the landfill. As such, Bee’ah invests in schools and communities by facilitating activities and literally going to door-to-door to get the word out about recycling and waste reduction. “Our awareness team has been to over 203 schools in the Sharjah area,” says Al Zarouni, “with the objective of raising recycling awareness in children. Awareness like this must start with the youth, and we know that.”

In 2011 Bee’ah recognised that technology was going to have to play an important role in their value chain and began to dedicate more resources to the IT department. “When we talk about the value chain at Bee’ah,” explains Al Zarouni, “we are talking about going from where the waste is created, all the way to how it is disposed of. There are a lot of processes that happen between those two points, and our goal was to leverage technology to streamline every one of those points.” In short, it was clear to Al Zarouni that it was in Bee’ah’s best interest to align the IT objectives of the company with the business objectives.

After taking an audit of the full value chain, Al Zarouni and his team identified three key initiatives that they determined would create a more efficient environment. Most notably, Bee’ah developed their award winning fleet and bins management system, which tackled the beginning of the value chain. To address the end of the value chain, Bee’ah looked streamlined and automated their waste processing. For the support functionalities that occur between those two points, Bee’ah has entered into a partnership with SAP to leverage their robust ERP systems.

Al Zarouni is dedicated to the partnership with SAP, “The goal is to move upwards with their CRM systems and analytics eventually,”he says. “We are building the foundations for good data so we can apply SAP’s HANA in the future for analytics.” Al Zarouni recognises that to properly leverage all that SAP has to offer in regard to analytics, first he must build solid databases. As they move forward with creating an information rich house, Al Zarouni hopes to mine that data using SAP to gain a deeper understanding of the waste management needs of Sharjah and eventually, the rest of the UAE.

The fleet and bin management project is perhaps the most obvious and outward facing change that Bee’ah has implemented in their quest to leverage technology. With a fleet over 480 vehicles, outfitting each one with state-of-art technology was no simple task. Not limited to GPS, the vehicles are also equipped with monitoring sensors that detect fuel consumption, harsh breaking and other driving behaviours. “The system is integrated with Google Maps and can analyse the data created during a route and can suggest to our control room which route the vehicle should take in the future for maximum efficiency.”

From there, Al Zarouni decided to leverage existing M2M technology to do something truly revolutionary. “I told my colleague that I was going to ‘make the bins speak,’” recalls Al Zarouni. To hear what the bins were saying, Bee’ah began a pilot project. A group 30 of bins were equipped with GPS sensors and GSM signals. It was no easy task to find the right equipment. As the sensors were to be installed into garbage bins, they had to be weather proof, high-pressure washing proof, dust resistant and, of course, rubbish proof.
Once the sensors were selected and installed, the bins, in fact, began to tell their story. The sensors capture the location of each bin. Using ultra-sonic waves, the sensor can perform an analysis of the bin and report to Bee’ah what its current capacity is. “The sensor then triggers based on a limit we assign. For instance, if we tell it to trigger when the bin is 70 percent full, we will then get a notice with the bin is at that capacity. Alternatively, we can tell it to give us an update at certain times, for instance, every morning and every evening,” explains Al Zarouni.

Based on the data gathered from the bins Bee’ah can determine the most optimised collection route for an area or neighbourhood. Instead of sending vehicles out to collect bins whether full or not, now only bins in need of servicing are collected. “Each bin pick-up needs three minutes. With this system we are saving time, fuel, money and labour. It is good for business and good for the environment.”

Al Zarouni sees incredible potential for the bin management project. “We don’t want to stop at intelligent routing or automated scheduling. We hope to eventually provide this data to our awareness team. With this information, they will be able to determine, for example, what neighbourhoods are doing the most and the least recycling.” The awareness team will use that information to bring educational programs to areas in Sharjah that have low recycling rates.

The innovative thinking at Bee’ah is not going unnoticed. The company’s bin and fleet management project was mentioned in keynote speeches at the Mobile World Congress in Barcelona as well as the annual Gartner Symposium/ITxpo in Dubai. Bee’ah will also begin servicing a handful of Emaar properties in the near future.

As Bee’ah expands both its IT initiatives and its service territory, the UAE is likely to see more success in the company in regard to its technology initiatives. “Though closing the gap between available technology and business processes is a challenge, in the end the positive ROI becomes obvious. In all our projects we ensure that we keep at least a 70 percent focus on business. I believe this is the key to our success. If business and IT continue to communicate and both stay involved in projects, I believe more projects will succeed.”