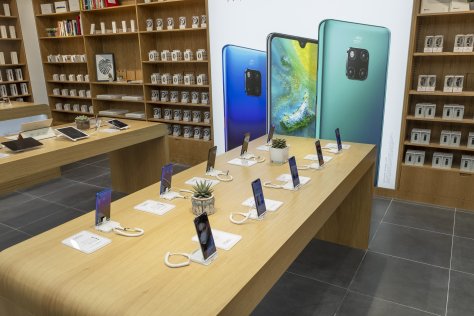 Chinese smartphone maker Huawei says its shipping in smartphones in several thousands daily into the United Arab Emirates to meet the growing demand.

David Wang, UAE Country Manager, Huawei Consumer Business Group (CBG), was speaking to Tahawultech during the opening of its new experience store at the Mall Of The Emirates in Dubai.

“New stocks arrive on a daily basis into the country. Everyday we deliver and everyday it is sold out,” said Wang, without clearly specifying the number of units sold or delivered daily. “It is in several thousands and meant only for the UAE market,” he added.

The company had recently said it had received record pre-orders for its Mate 20, considered one of the most powerful Android devices in the market today.

Mate 20 sold out during pre-orders in the UAE, says Huawei

Huawei has announced its ambition to overthrow Samsung as the number one smartphone brand in terms of sales by 2020 and could be well on its way to reach the top spot. According to a recent report, Huawei grew 33 per cent annually and currently holds the second spot in the rankings – and has been there for two straight quarters. 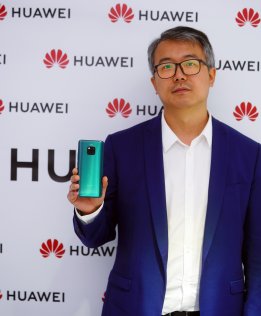 According to him sales have been picking up online, bur offline sales too have been equally growing. The new experience store at the MOE he said will focus on the lifestyle theme. “It is not just about smartphones. We want to showcase all of our various devices to customers,” he said.

The stores, similar to Apple stores, aims to showcase the company’s range of consumer devices and solutions, free from the crowded space its devices otherwise occupy in multi brand retail outlets.

According to Huawei the stores will showcase all of the latest devices such as HUAWEI Watch GT, the industry leading Matebook X Pro and other products including tablets, fitness trackers and connected accessories.

Last week the global head of Huawei CBG announced that it is working on Augmented Reality Glasses that could hit the market within the next 24 months.