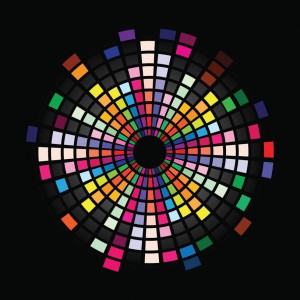 The growing demand for mobile data is chewing through the spectrum at disposal of the telecom operators. Fortunately, there are ways for service providers to make better use of existing spectrum to stave off the crunch.

Spectrum has always been an important resource for wireless carriers, but with the dawn of true 4G mobile broadband, carriers’ need for large spectrum portfolios have  grown even larger. To get a sense of just how much additional bandwidth carriers will need, consider that Ericsson’s most recent Traffic and Market Data report predicted that global mobile data traffic will grow by 10 times between now and 2016.

Mobile operators, technology vendors and governments have been sounding alarms about mobile networks nearing capacity for years, and those alarms are getting louder. A study released last year by investment bank Credit Suisse said mobile networks worldwide were filled to 65 percent of capacity on average.

If the predictions about traffic growth come true, there won’t be enough new spectrum available to keep up with it.  Supply and demand are on different orders of magnitude and an overloaded spectrum band can slow down users’ mobile experience.

Are the telecom operators in the region facing a spectrum crunch with skyrocketing use of mobile data? “The short answer is not yet, but they will soon. Video content, which is performing increasingly well on today’s smartphones and tablets, is driving the dramatic lift we’re seeing in the use of mobile data,” says Jeremy Foster, Head of Marketing, Government and Industrial Relations, Ericsson Middle East.

Mervyn Kelly, EMEA Marketing Director, Ciena, says the rise of high-bandwidth devices and services has been something of a two-edged sword for operators in the region. “While they welcome the additional traffic such devices and services bring to their networks, the 3G infrastructure put in place to handle such traffic is beginning to crack under the strain and additional investments are unlikely to generate growing profits.”

The key to spectral efficiency

Foster from Ericsson says there are mainly two strategies to drive spectral efficiency. The first is continuously striving to implement the latest technologies, such as 4G, which was designed to utilise available spectrum more efficiently. The second strategy is to optimise network planning and build additional infrastructure in order to deliver more with the same spectrum and technology.

Eamon Holley, Senior Legal Consultant- Intellectual Property and Technology, DLA Piper, agrees:  “4G or LTE bands, including the “digital dividend” of spectrum that is released as a result of analogue TV switch off, are seen as a solution to meeting the increasing demand for mobile data usage. LTE is more spectrally efficient than its 2G or 3G predecessors, allowing more data through a network for the same radio bandwidth, and combines with end to end IP capabilities, allowing different forms of services in one pipe.”

He adds that mobile operators in some regional jurisdictions have been complaining of shortage of spectrum for some time, and regulators are easy targets for blame. “In reality regulators can be limited in what they can do quickly, particularly if large blocks of spectrum have been already granted to an incumbent, or if some spectrum is assigned to other users, such as government agencies, who may be reluctant to give up their assigned frequencies.”

In such situations regulators and governments need to strike a balance between the competing interests of mobile operators who want spectrum at an economical price, government entities that might be reluctant to give up their spectrum, and indeed the regulator’s or government’s own objectives, which might also be torn between making room for new entrants, giving more spectrum to existing operators, in which case they may wish to find ways of assigning spectrum cheaply, or perhaps raising revenue for themselves, through an auction or high license fees.

Though LTE is known to use spectrum more efficiently compared to 3G technologies, industry experts caution that the lack of spectrum could also hamper the roll out of the new 4G technology in the region.

Spectrum re-farming to the rescue

As carriers adopt LTE, which uses spectrum much more efficiently than earlier technologies, they plan to gradually migrate users off of their oldest networks and reuse those frequencies. Those moves ultimately will make a significant amount of additional spectrum available for high-speed data services, but it’s not an overnight solution.

“We do believe that re-farming of existing spectrum will drive efficiency. As R&D drives better performance in terms of bits / Hz, the only reason that we keep old technologies is because there is still an abundance of mobile handsets that rely on older networks such as GSM in order to be connected at all. The industry shift from voice to data leads to a shift of terminals from 2G to 3G and in the future to 4G networks. The consequence of this trend is the increased demand on spectrum for 3G and 4G, which requires operators to re-farm existing GSM spectrum to data-driven technologies,” says Foster.

Fortunately though, as multi band (frequency) and multi technology (GSM/3G/LTE) devices come into the market, operators can free up previously used spectrum and launch new technologies with new capabilities, such as LTE, he adds.

To fill the gap between those growth rates, governments and industry agree that what’s needed is at least a two-pronged approach, with more spectrum as well as strategies to make better use of the spectrum that’s already available. Carriers also are taking steps that should help to dampen the growth in demand.

Holley from DLA Piper recommends an auction process as the award mechanism for the spectrum. “Auctions might be used to raise revenue for the regulator which could be used for a universal services fund, whereas beauty parades might be used to select the operator that the regulator thinks will best achieve its policy objectives. The hybrid could do both, selecting qualified bidders through a form of beauty parade and then allowing them to bid in the auction. Licenses for new spectrum or networks often contain network rollout obligations anyway. A bidder that knows this in advance may still be willing to make large bids in an auction to enter the market if they think entry will be economically feasible even with a network rollout or universal service obligation.”

Some experts say it’s time to throw out the whole notion of allocating certain frequencies exclusively to commercial mobile services, or to any exclusive use. Instead, they advocate mobile operators sharing spectrum with current users, such as government agencies.

Advances in technology, including small cells and radio performance improvements, help make it possible for mobile networks to use the same frequencies as other services, as long as potentially interfering signals don’t rise above a certain level. Sharing could multiply the effective capacity of spectrum by a factor of 1,000.

Finally, technical and regulatory solutions are only part of the picture. The most powerful tool to prevent spectrum becoming overloaded may be regulating mobile traffic through service plans.

Most carriers are well along in phasing out unlimited data plans, if they ever had them. Now that monthly usage caps are in place, the service providers can modify them as needed to discourage subscribers from using too much network capacity. They can also fine-tune subscriber behaviour by encouraging time-shifting or charging more for plans where the subscriber’s packets get priority over other traffic.