Veggitech, a pioneer in agritech, unveiled the first Saffron farm ever in the UAE and the largest in the MENA region, spanning only 165sqm but equivalent to 3.5 hectares of land typically. 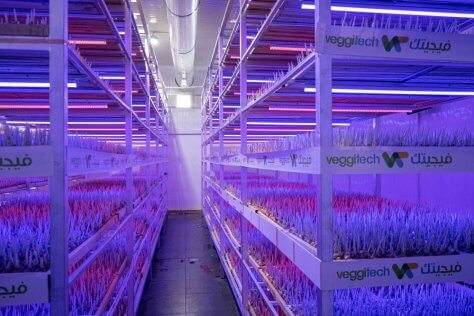 Working in line with the UAE’s National Food Security Strategy for 2051, Veggitech is bringing agriculture to new heights through efficient supply chain and advanced technology with the key aim of boosting the agriculture sector and democratizing growth light-assisted hydroponics systems and penetration for mass movement in urban farming.

Veggitech began the inaugural Saffron farm project in the summer this year with harvest expected to peak mid-November. The first of its kind in the UAE and the largest in the MENA region, the Veggitech ‘Red gold’ farm boasts fully smart built-in systems to manage the entire farming process; from temperature control to irrigation systems. The vertical farm technology will produce healthier crops without the use of fertilizer and pesticides, as well as reduced land usage and minimum water consumption creating a more sustainable production cycle. 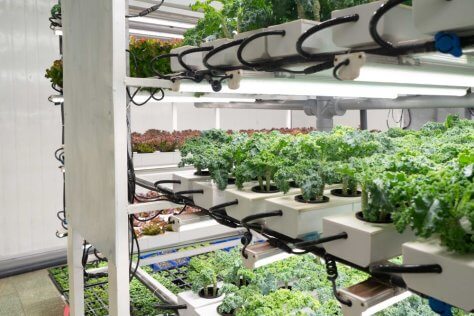 Chairman of SNASCO Holding Group, Saleh Nasser Al Sorayai said, “agritech is one of the key pillars within the UAE National Food Security Strategy 2051 and the Global Food Security Index. Our Zafran project is just another demonstration and proof that the UAE is the right place to take this mission forward, given the support from the government. We are looking forward to being a key player in the nation’s mission as we continue to expand our indoor vertical farming ventures in the UAE and create educational programmes that promote urban farming, ultimately contributing to food security and production.”

Saffron is often referred to as ‘red gold’ due to its prestigious value and reputation for being the most expensive spice in the world, mainly because such a small part of the flower is ultimately used and the laborious extraction process. More often than not it has been more expensive than actual gold, having been traded and used for thousands of years. Thought to have originated in Iran before progressing through Eurasia, at present Saffron farms can typically be found in countries such as Iran, India, Afghanistan and most Mediterranean countries.

Saffron itself comes from the blossom of Crocus sativus (Iridaceae), otherwise known as the Saffron crocus or saffron bulbs (corms). Each corm forms new bulbs which is how the plant breeds. The Saffron flower typically blooms in the autumn, where each bloom cycle lasts for about three weeks including an intense blooming period, otherwise known as ‘blanket days’ – which lasts about two to six days. The harvest turnaround period is very quick, with most crocus’ being harvested within 24-48 hours before the flower wilts.

The crocus is typically harvested while the bloom is still ‘sleeping’ to ensure high-quality saffron threads. The extraction of the vivid filaments is a meticulous process that must be done with extreme care and painstaking attention to detail. After ‘stripping’ the saffron it is immediately dried, otherwise known as ‘toasting’ which is dried at a temperature of no higher than 60 degrees. This is constantly monitored and monitored by the Veggitech ‘toaster’ to ensure the threads are not overdone.

The toasting process is not only done for the saffron threads however, Veggitech also dry the entire flower as they also endeavor to use the saffron flower for medicinal purposes, leaving little to no wastage.

“In our first harvest each bulb will produce 3-4 strands of saffron but next year we would expect 12-15 strands, and this will only continue to grow over time. Our inaugural saffron vertical farm currently houses approximately 5 tonnes of saffron bulbs, from which we would expect 1000kg of saffron crocus and from this 3kg of World’s Best Super Negin, a very exciting time indeed and a huge step for the UAE, ” said Dr Ardalan Ghilavizadeh who joined Veggitech to lead on the the Saffron project.