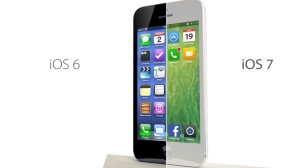 We’ve heard about the new look and feel of iOS 7, as well as about the most prominent features, but in its WWDC keynote, Apple – as it often does – alluded to many new features that didn’t get their chance to shine.

On its website, the company’s now detailed new features coming in this fall’s update for education and business users alike.

There’s a fair amount of overlap in these new capabilities, aimed as they are at institutions of a certain size. For example, App Store licence management gives users at both businesses and education institutions the ability to provide apps to users via Apple’s App Store Volume Purchase Program, while letting the organisation maintain control over app licenses; that way, the organisation can revoke the apps at a later date, or reassign them to other students and employees. Personal Apple IDs can be enrolled in the programme, and don’t have to be provided to the business or school.

Both schools and businesses also gain new mobile device management (MDM) options, letting them wirelessly set up apps, install custom fonts, configure accessibility options and AirPrint printers, and white-list AirPlay destinations. In education environments, instructors can set up iOS devices to be locked to a certain app – for example, if students are taking a test.

Adding new devices via MDM is also simpler with iOS 7. At schools, new devices can be wirelessly enrolled during set-up, and business-owned devices can be automatically enrolled at activation. In both cases, this can help reduce or replace entirely any manual configuration by an IT department.

A single sign-on feature for both education institutions and businesses allows for a single set of credentials to be used across apps: Sign in once, and you can use all the apps that require that login without being asked to enter your password again.

Organisations looking to more quickly deploy content and software will be pleased to know that OS X Mavericks Server’s Caching Server 2 will support iOS 7. Content and apps can be cached on a server running on the local network, thus speeding up downloads to employees, students, and faculty.

In addition, there are some new features particular to corporate and educational environments. For example, businesses get the ability to control which applications show up in the Open In dialog box, preventing the intermixing of corporate and personal documents. Specific apps can now be set up to automatically connect to the VPN at launch, ensuring that business information is kept secure while other information – such as personal Web traffic – is not sent over the VPN. And Apple says that all third-party apps now have iOS’s data protection automatically enabled, keeping documents secure until the user enters their device passcode.

Education institutions, meanwhile, will benefit from the ability to access features like iTunes U and iCloud backups alongside the new volume-licensing options for apps; a new programme also allows kids under 13 to get their own Apple IDs, with parental consent. And iPads, iPhones, and iPod touches aren’t the only devices that can be managed by educators: Apple TVs can now be enrolled in mobile device management as well, streamlining initial set-up options and granting the ability to prompt students to mirror their displays, letting educators share kids’ work with an entire class.