There’s no doubt that TV makers are excited about 4K television. The sets, which offer four times the detail of today’s high-definition sets, are appearing in increasing numbers and consumers too seem convinced by the technology, which must be a relief to the industry after the cool reception that 3D TV got a few years ago. 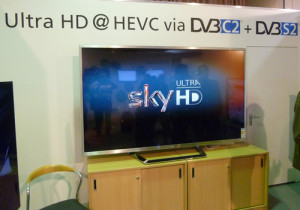 but it’s not the only problem. Among the cables and interfaces on the back of the new TV is an equally important problem: how to get 4K content into the TV sets.

At this week’s IFA consumer electronics show in Berlin, TV and video equipment makers are showing prototypes of several new technologies that will bring 4K content into the home and transport it between devices.

One of the biggest steps was the launch of HDMI 2.0, a new version of the “high-definition multimedia interface” standard that is the de-facto method of sending HD video between devices.

HDMI 2.0 doubles the maximum bit rate to 20 gigabits per second, allowing 4K video at up to 60 frames per second, and should start appearing in 4K products later this year or early next year. 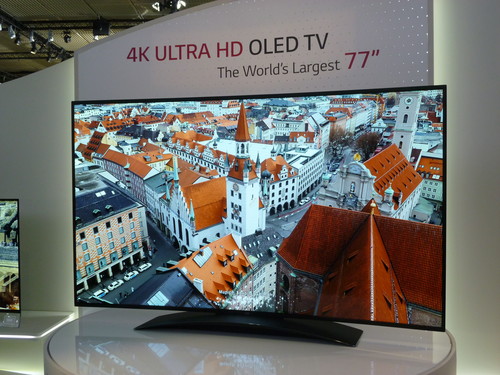 This could be especially important to the short-term success of 4K because initially consumers will be restricted to watching prerecorded content streamed from players alongside the TV.

Getting a live 4K signal into the living room is a more complex task, not least because it requires broadcasters to replace their production systems. Many have only just completed multi-million dollar upgrades to high-definition so they won’t be looking to scrap the equipment any time soon.

To date, the only regular 4K broadcasting in the world is taking place on a promotional channel via the Eutelsat 10A satellite in Europe. Run by satellite operator Eutelsat, the channel demonstrates the stunning picture quality possible with 4K and also the current problems faced by broadcasters.

4K signals, by definition, carry a lot of data and getting that compressed, transmitted and decompressed in real time requires a lot of processing power. 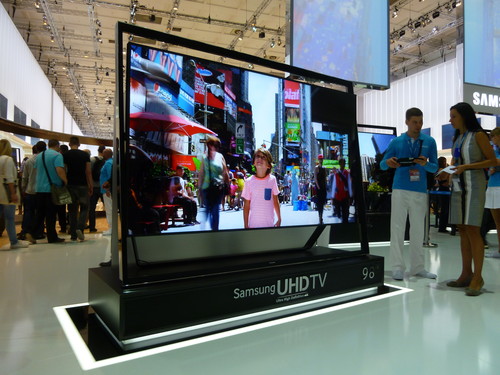 Eutelsat has got around this problem by splitting the 4K signal into quarters, each equivalent to a conventional HD channel, and sending them simultaneously over satellite to four receivers that decode them and stitch the signal back together.

While it works, it’s not the future of 4K broadcasting.

Instead, broadcasters are planning on using HEVC, a new video codec that can compress a video signal much more efficiently than the H.264 codec used in much of today’s high-definition broadcasting.

At IFA, satellite operator Astra and pay TV operator Sky Deutschland were demonstrating a 4K stream encoded in HEVC and sent over an Astra satellite. The stream had been encoded in advance — real-time encoding still is very difficult — but it was being decoded in real time in a set-top box from Technicolor.

No broadcaster has yet committed to 4K, but industry insiders at IFA were generally agreed that the first steps in 4K broadcasting would probably be on a small number of thematic channels or events. Feature films are an obvious candidate because many are already shot at 4K and the technology is likely to be employed in major sporting events, such as the World Cup and Formula One.