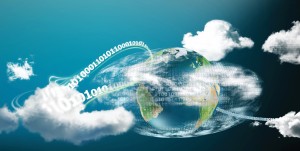 The rise of virtualisation and cloud has revolutionised the data centre. With many touting 2013 as the year of cloud adoption pick-up, where does that leave the traditional on-premise model of storing enterprise data and the network that supports it?

The prolific uptake of server virtualisation is changing the traditional data centre and network by making it much easier to shift workloads from in-house servers to servers located in the cloud.

VMware estimates that between 50 and 60% of today’s enterprise workloads are now virtualised and that by 2015, 75% of x86 server workloads will be too.

But where does that leave the traditional data centre?

“The data centre is impacted as we no longer have to size in-house data centres for peak capacity workloads, because now they can be shifted easily to the cloud.  The network impact means we now need a better network to the cloud to handle these mission critical workloads,” says Mervyn Kelly, EMEA Marketing Director, Ciena.

As such, virtualisation and cloud computing have changed the way data is received and processed.

The concept is based on shared resources and the centralisation of network servers, applications and content. So any application being utilised will be delivered over the network instead of being locally processed.

“As the number of virtual machines on a single physical device increases, so too does the amount of data moving in and out of that physical device. This increased demand is in turn driving the demand for 10, 40 and 100G connectivity, either to top-of-rack switches or in some cases directly to the servers.  Data centre designs need to be able to satisfy these needs and provide a cost effective growth path to support faster speeds in the future.”

For years before this virtualisation, networking was static in architecture and basically standardised.

However, recent developments have shown that innovation and shifting market forces have made networking one of the most dynamic technology sectors to follow, says Luai Bahder, Technical Director, Smartworld.

“Enterprises are reinventing their campus and data centre networks while veteran networking professionals are scrambling to keep on top of all the volatility,” he says.

Whilst the hype of cloud computing was undoubtedly very high in 2012, the actual adoption rates remain low.

Despite this, many analyst predict that 2013 may well be the year where CIOs stop talking about it and start implementing it.

“One of the most compelling reasons for migrating to the cloud is greater agility in an increasingly dynamic business environment,” says Samer Ismair, MENA Systems Engineer, Brocade Communications.

But to achieve this objective, a network is required that reduces complexity, supports distributed applications and increases overall performance.

Kelly agrees. He says more organisations will start to realise their cloud strategy is only as good as their cloud network.

“As cloud workloads expand from SaaS (software-as-a-service) to data heavy IaaS (infrastructure-as-a-service), network limitations of an Internet or IP centric network begin affecting the quality of the cloud experience,” he says.

“What’s needed is a lean packet approach converging packet and optical technologies to provide the required scalability and deterministic performance. The next step is making this network more agile and dynamic through software defined networking (SDN) approaches for a fully programmable network.”

According to Sachin Bhardwaj, Head of Marketing and Business Development, eHDF, it’s all about managing resources in the right manner.

“Therefore, cloud may not be the solution applicable to everyone. There are a number of factors to be considered, like the nature of the organisation, time to market, scalability, flexibility and time to deploy required by the organisation. You don’t need cloud for all applications. It is good for certain scenarios which provide more value to businesses. For example, SMEs can avail of advantages from cloud services for particular business requirements,” he says.

Whilst cloud may not be for everyone and all data, the benefits of moving away from on-premise remain clear.

“One of the major benefits is that energy consumption is reduced by 40 per cent as compared to other traditional data centre set-ups,” Bahder says.

Ismair adds: “Today there is a massive shift in how people consume information at the very edges of the network. Fueled by the promise of cloud, mobility and today’s data-rich applications, the network itself is undergoing a transformation. The Ethernet fabrics represent a new class of data networking technology that is purpose-built for highly virtualised data centres and designed to help organisations migrate to clouds.”

Bhardwaj refers to the widely expected growth in the managed services market as enterprises continue to invest in data centre technologies but not building their own infrastructure.

“There is a tangible and growing desire to increase efficiencies by looking at the lease option,” he says. “Managed services have increasingly gained popularity in the region and we have seen further investments in data centre services and managed services in 2012.”

Despite the benefits, making the transition to the cloud involves a lot of decision making and the success of the deployment very much depends on the readiness of the infrastructure.

“Decision makers must be careful not to opt for a data centre that fails to deliver the required performance,” says Zaher Haydar, Regional Pre-Sales Manager, Turkey, Emerging Africa and Middle East, EMC.

“Another tricky aspect of moving to the cloud is associated with the service level agreements and lack of regulations to monitor performance against these agreements.”

With this in mind, drivers for an in-house data centre do remain strong – namely, control, security and the non reliance on the WAN connection.

“Companies are still nervous about storing and processing their critical and confidential data within a facility owned by somebody else and indeed shared with other companies, possibly competitors,” Forde says.

“There is still a comfort factor associated with knowing where the data is and who has access. WAN connectivity is another issue. When you move to a hosted service, connectivity to the facility is critical any failure of the WAN connection can bring the business to a halt.”

However, Haydar says these perceptions about control and security in the cloud are wrong.

“Most enterprises feel more secure about an on premise data centre as they have the perception of being more in control of their data and do not have to worry about data falling into the wrong hands. This is commonly misunderstood, for often cloud service providers can offer more security and better protection than internal IT teams.”

Right or wrong, the fact remains that the reservations do remain. As a result, hybrid clouds – where non-critical data can be stored in the cloud whilst mission-critical information remains on premise – are emerging as the most popular implementations.

“This is the most likely scenario for many organisations in the region,” says Yannick Kunegel, Systems Engineering Manager at Citrix Systems EEMEA.

Kunegel also makes the argument for maintaining 100% on-premise data, especially in regions like the Middle East with data regulations that make it hard to utilise the cloud.

“Some organisations still have to comply with strict regulation laws that make it difficult for them to leverage public cloud services.”

But he adds that the requirement for success is to ensure that the organisation can adapt to and capture value from any situation it may encounter.

On the other hand, Kelly offers the business case for having no information in an on-premise data centre.

“Cloud vendors like Amazon Web Services state they want 100 percent of the data centre business and that might make sense for some organisations, especially those without substantial investments in their own facilities.  The cloud providers are setting tough service cost benchmarks for in-house data centre managers to match or exceed,” he says.

“As a result, organisations need to consolidate and maximise the efficiency of their on-premise data centre resources.  New network capabilities are helping to blur the distinction between on-premise and cloud resources.  Intelligent cloud networked envi