Dubai Electricity and Water Authority (DEWA) has connected 453 photovoltaic (PV) installations on the roofs of residential, commercial and industrial buildings in Dubai, with a total capacity of about 18.7 MW, under the ‘Shams Dubai’ initiative. 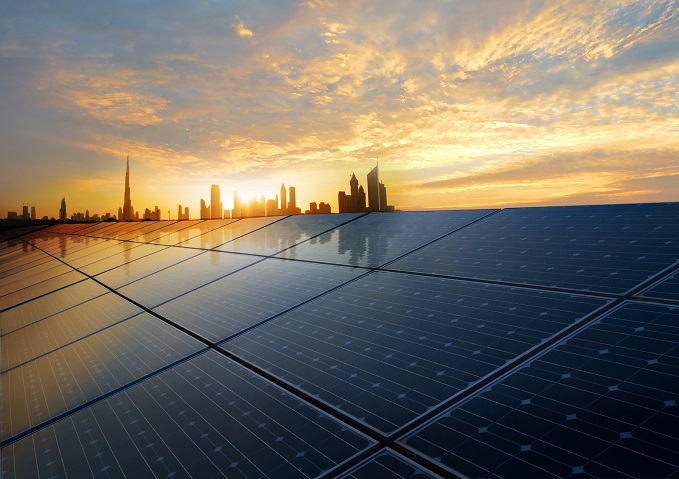 The initiative was launched by DEWA to encourage customers to install solar photovoltaic panels on the roofs of their premises to generate electricity from solar power and export any excess to the power grid.

According to the firm, Shams Dubai gives Dubai’s residents the opportunity to transform their buildings into sustainable ones, reduce the Emirate’s carbon footprint, and increase the proportion of solar power in Dubai’s environmentally-friendly energy mix.

“Through this initiative, community members will promote sustainable development in Dubai and transform the Emirate into a global hub for clean energy and green economy, and support the Dubai Clean Energy Strategy 2050, launched by His Highness Sheikh Mohammed bin Rashid Al Maktoum, Vice President and Prime Minister of the UAE and Ruler of Dubai, to generate seven percent of Dubai’s total power output from clean energy by 2020, 25 percent by 2030 and 75 percent by 2050. This will also support the Smart Dubai initiative launched by His Highness to make Dubai the smartest and happiest city in the world,” said HE Saeed Mohammed Al Tayer, MD and CEO, DEWA.

HE Al Tayer further highlighted that Shams Dubai helps customers avoid using very expensive power storage systems by connecting the photovoltaic panels to the network. Furthermore, the surplus power will be exported to DEWA’s grid, which will be deducted from the customers’ future bill.

“Apart from providing those direct benefits to electricity customers, and increasing the value of buildings where solar photovoltaic systems are installed, Shams Dubai establishes a sustainable model for providing clean energy and supporting Dubai’s economy without harming the environment and natural resources,” he added. “This is aligned with the long-term ‘Green Economy for Sustainable Development’ initiative, launched by His Highness Sheikh Mohammed bin Rashid Al Maktoum, to build a green economy in the UAE. Moreover, Shams Dubai contributes to the UAE Vision 2021, to make the UAE one of the best countries in the world by 2021, by its sustainable environment and infrastructure objectives, through the improvement of air quality and increasing the share of clean energy, in addition to Dubai Plan 2021 to make Dubai a smart and sustainable city.”

Al Tayer praised the efforts of institutions and individuals who have participated in the Shams Dubai initiative. “The first customers’ solar photovoltaic systems connected to DEWA’s grid, under Shams Dubai initiative, was the rooftop of the employees’ building at Dubai World Central – Al Maktoum International Airport, with a capacity of 30 kilowatts at peak load (kWp). After that, a number of ambitious projects were completed, including the 1 megawatt at peak load (MWp) carport installation at Emirates Engine Maintenance Centre in Warsan, a number of Dubai Municipality buildings, including the 260kWp carport at Al Qusais Park, the 1,210kWp installation at the Engineer’s Office’s water pumping station at Al Qudra, the 126kWp canopy at ENOC petrol station near Dubai Internet City, and 353 villas at the Sustainable City as of 31 August 2017,” said Al Tayer.

DEWA also connected a number of distributed solar projects at its own premises, including the 1.5 MWp at Jebel Ali Power Station. This installation covers the roof of Jebel Ali’s M Station, which is one of the largest rooftop projects in the Middle East and North Africa. DEWA partnered with 19 government organisations in Dubai, sponsoring 37 projects under the Shams Dubai initiative. These projects include schools, mosques, and villas under the umbrella of the Mohammed bin Rashid Al Maktoum Housing Establishment.

DEWA has also launched the Shams Dubai Calculator was launched on its website to support and educate customers who want to install solar panels on rooftops, by providing estimated comparisons and additional information with ease.

“DEWA has outlined easy steps to install photovoltaic systems on buildings to generate solar power as part of the Shams Dubai initiative. The installation process starts with the customer contacting one of the solar consultants or contractors enrolled by DEWA to study the possibility of installing the solar power system and suggesting the best solution. The consultant or contractor then obtains the necessary approvals from DEWA. These include an NOC for installing solar power and connecting it to the power network, and design approval that confirms its design meets all requirements. After obtaining the necessary approvals, site works are undertaken, and once the installation is complete the contractor or consultant submits a notification to DEWA to conduct the technical inspection of the site and install the required smart meters to complete the connection process,” said Al Tayer.