The Internet of Things is forecast to be a pivotal and pervasive tech trend in the coming years. The power to connect almost any physical object to the Internet could bring huge benefits for the enterprise, but what are its pitfalls? How can Middle Eastern organisations overcome security and privacy concerns to realise the benefits of the IoT? 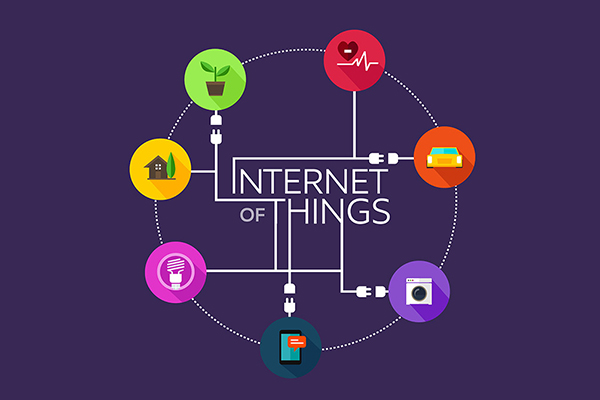 Just how close a reality is the Internet of Things? While estimations of the future impact of the IoT are polarised, the trend is nonetheless sure to be widely felt in the next five years. With technology experts’ predictions of the number of ‘things’ connected to the Internet ranging between 20 and 50 billion, the era of IoT is set to open up a range of opportunities and threats for the enterprise. Indeed, analyst IDC has forecast that it will represent an $8.9 trillion market by that time. The IoT’s aims – ubiquitous control over almost any object, with incomprehensible amounts of invaluable marketing data that can drive a range of fresh revenue streams.

Although the concept of connected sensors is nothing new, only recently have technology heavyweights begun to capitalise on the trend, investing billions into research and development labs and their own private IoT operating systems.

Yet, in spite of all the hype and promise surrounding the IoT, there are still a range of barriers that are preventing it from taking full flight. Jorge Marques, Country Manager, UAE, Primavera, believes that paranoia inherently surrounds the subject. “I would say that the lack of trust is the main barrier in adopting IoT technologies,” he says. “Consumers and enterprises recognise the potential of cloud-based solutions applied to the IoT, but they are frightened that these products are hackable. The fear of potential intrusion to their privacy, abuse of data, or remote manipulation is still stopping IoT of reaching its full potential.”

However Louay Dahmash, Head of Autodesk Middle East, believes that consumers, at least, are largely unaware of the IoT’s potential to begin with. “Since many hurdles associated with widespread IoT adoption stem from a lack of understanding about the benefits of smart technology and connected devices, better education of consumers will be an important factor in growing this market,” he says. “In order for companies to capture revenue opportunities, demonstrating and showing the value of connected devices to consumers will be critical. Superior customer experiences are non-negotiable for the successful uptake of IoT devices.”

Cherif Sleiman, General Manager, Middle East, Infoblox, believes that the complex requirements of the IoT demands high quality devices, and that much of what is on the market now does not always make the grade. “IoT devices aren’t that smart,” he says. “Many lack a user interface, making configuration a challenge – and often the responsibility of a network administrator, setting up DHCP options.  Many are designed for consumer rather than enterprise deployment, and lack tools and features required for enterprise use. Some ‘things’ are just designed poorly.”

From both a personal and professional perspective, the IoT stands to become a pervasive element of high-tech nations around the world. For this quality to be guaranteed, however, high network availability and connectivity are requisites. To this end, it is widely felt that current IT infrastructures and existing protocols may not be up to scratch to support the demands of the IoT. “Ensuring that the mutual flow of data that is powering the activity of these devices will be the biggest challenge, when everything needs to be always-on and constantly available in order to work as expected,” says Gregg Petersen, Regional Director, Middle East and SAARC, Veeam Software. “Consumers have very high expectations that their data, which is increasingly stored in the cloud, should be available where they want it, when they want it – whether it’s their running history, their stock market portfolio, their CRM database or their family photographs.”

Marques is also mindful of the need to substantially enhance the quality of network offerings to help the trend take off. “Although it’s not the case in the UAE, connectivity is also a challenge in some countries of the Middle East,” he says. “If connectivity isn’t regular, there is disruptive supply, which will create a major challenge for the Internet of Things in the region.”

Rabih Dabboussi, General Manager, Cisco UAE, believes a shortage in talent is the biggest hurdle facing the region. “The challenges outlined are global and not unique to the Middle East,” he says. “The IoT brings networking technology to places where it was once unavailable or impractical. However, the Middle East does have the world’s fastest-growing gap in networking professionals. In the UAE and Saudi Arabia, there will be a 45 percent and 78 percent gap of skilled IP networking professionals, respectively, according to INSEAD Business School’s Global Talent Competitiveness Index 2014 co-authored by Cisco.”

Fundamental to the future success of IoT is the delivery of an appropriate ecosystem that can securely and efficiently support all devices. In the short term, this is a banana skin for IoT. Top-line vendors will be forced to collaborate to design an environment that can unify the software, sensors and networks on offer. While the International Telecommunication Union has proposed an IoT Global Standards Initiative, and Google has announced its own networking protocol – Thread – for household devices, a middle ground will need to be agreed in order to ensure security and transparency for user devices.

In addition to the vast wealth of marketing doors that will be open as a result, come the challenges of security and privacy threats. Fears surrounding IoT security are, to an extent, completely valid – objects connected to the Internet represent infection vectors that can be used to spread malware across the enterprise. Meanwhile, an entirely new paradigm of privacy invasion has the capacity to be unleashed. With a variety of personal objects connected to the Internet, the range of data collected on citizens will be broader, and could enable organisations to paint a complete, highly invasive portrait of a user.

“The Internet of Things is a term coined for a problem space that’s been there for a while,” he says. “The only difference is that sensors now are being connected with Wi-Fi hotspots. Now everything is becoming connected, often through the corporate network. For example, the office fridge can be sitting on the same network as desktops and laptops. If you don’t manage every single component on the corporate network, someone will find a way in. The adage ‘you’re only as strong as your weakest link’ rings true here.”

Moving forward, clear digital strategies – among a range of operational changes within an organisation – stand to be a game-changer in driving the IoT. Although easier said than done, end-to-end cybersecurity procedures will need to be implemented, and, in time, consumers will need to be convinced of the IoT’s benefits. “Success in the future of IoT will stem from providing an exceptional, easy-to-use customer experience with compelling benefits, no matter the industry or type of product,”Dahmash says. “This can be achieved with a solid strategy, powerful technology, efficient change management and a cutting-edge digital presence.”

Dabboussi agrees, emphasising digital trends as the key to success. “Digital transformation will enable organisations to innovate faster and achieve their desired business outcomes,” he says. “Digitisation should be across technology, people and processes. Data analytics will be crucial in ensuring availability of high-quality, actionable, trusted, and complete data.”