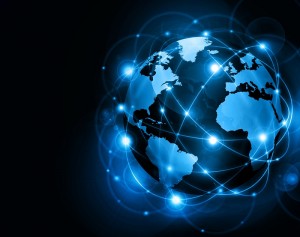 The idea of software-defined networking (SDN) has taken off, though it has hardly seen a launch of epic proportions. We investigate the benefits behind the new networking trend, and examine why the Middle East is still taking baby steps in adopting SDN.

“Traditional networks and data centres are being stretched to their limits. They were never designed for today’s astronomical growth in bandwidth-intensive applications and the growing demand for speed, scalability, and resilience.”

That’s the opinion of Samer Ismair, MENA Systems Engineer, Brocade Communications, anyway. He argues that because traditional networks and data centres are failing to meet the demands of IT professionals, software-defined networking (SDN) is beginning to gain traction.

A new approach to building computer networks, SDN provides plenty of things to get excited over, if, like many IT professionals in the Gulf, your network systems are a little outdated and feeling the strain. The ability to provision network connections on the fly instead of manually configuring policies, or being able to create and configure virtual machines remotely, for example, points to a new, much simpler way of doing things.

“We can see a wide range of possible uses for SDN technology, including improved management of existing physical networks and potentially the ability to re-architect data centre networks, WANs and even LANs,” says Syed Parvez Akhtar, Network Consultant, Westcon Security.

“SDN control software can control any OpenFlow-enabled network device from any vendor, including switches, routers, and virtual switches. Rather than having to manage groups of devices from individual vendors, IT can use SDN-based orchestration and management tools to quickly deploy, configure, and update devices across the entire network.”

What’s more, Akhtar says, there are significant cost savings to be made when it comes to SDN. From reducing spend on hardware to reducing the time needed to manage networks, firms should be able to see a noticeable difference in the amounts of cash that they need to pour into their networks.

Renton D’Souza, Divisional Director, Comstar, agrees that companies should take note of the cost savings that SDN could provide.

“SDN will offer savings of both CAPEX and OPEX,” he says. “The efficient use of IT infrastructure resources and the ability of SDN to move the heaviest workloads off the expensive and relatively slow embedded systems to cheap and fast commodity hardware results in substantial CAPEX savings. Through the reduced network complexity there will be less operational overhead and fewer outages as well resulting in OPEX savings.”

The potential costs savings, combined with the ability to manage networks much more easily, are beginning to make SDN look like too much of an opportunity to miss. And according to Ismair, the pull of SDN will soon become so great that it will change the way that world thinks about networking.

“SDN has the potential to revolutionise networking, unlocking a wave of innovation for application services,” he says. “In fact, IDC forecasts that SDN will grow from a $200 million market in 2013 to $2 billion in 2016. SDN will transform networking infrastructure into a platform for innovation, enabling customers to deliver new services and applications faster and at greater scale.”

To many, this might sound a little lofty, because, as with any other emerging technology trend, the dos and don’ts of SDN are hardly well defined. Akhtar acknowledges that the prospects of SDN look good, but for now, SDNs are better suited to some industries than to others.

“While most talk focuses on data centre or carrier networks, the technology may have a more immediate role in the campus network, especially when it comes to improving security and managing bring your own device (BYOD), since network managers will be able to assign access policy by device type or user group and can then optimise specific applications – such as video – for mobile devices,” he says.

IT professionals form other industries are playing a waiting game to see where the SDN market goes. At the moment, education over SDN and what it could mean for a specific business is still relatively low, and vendors have not yet made a clear case for why their SDN products make for a better investment than traditional network architectures.

“Network professionals are not ready to invest in an SDN strategy, largely due to a lack of knowledge,” says Akhtar. “Additionally, many network pros believe they can get the job done with what they have. They also believe that there are ways of making their networks more programmable without an SDN strategy. Organisations are also hesitant as of now because of the lack of trust in emerging vendors that produce SDN technology and traditional vendors are yet to launch the full-proof SDN products.”

The Middle East is hardly leading the way in SDN adoption, according to the experts. While D’Souza acknowledges that there are some early adopters, Akhtar believes that people are still researching the technology, waiting for it to mature. Not every provider is willing to throw money at SDN, he says, and, anyway, most aren’t even looking to completely rebuild their networks.

Ismair, meanwhile, believes that SDN is still at a conceptual stage in the region. For the region’s interest to grow, he says, a few things need to happen.

“The growth in the SDN market will be driven by companies working towards solving existing problems with networks – security, robustness and manageability and by innovating new revenue-generating services on network infrastructures,” he says. “Ultimately, the goal is to provide a highly flexible, cloud-optimised network solution that is scalable within the cloud. In our view, this ‘new’ network will be powered by fabric-based architectures, which provide the any-to-any connectivity critical to realising the full benefits of SDN.”

Of course, the other thing holding the region back is the security around SDN. Everyone wants to know whether a new SDN will be as secure as a network running on traditional architecture. And until someone can provide a definitive answer to that question, customers are holding off. Laui Bahder, Technical Director, Smartworld, explains the concern.

That said, Bahder reckons that SDN will eventually take off, in one form or another. “SDN will become a ubiquitous trend as SDN changes network infrastructures from static and weak ones into something more dynamic, more flexible, solving existing problems with networks like security, robustness and manageability, which will lead to make data centre management, cloud services and network operation easier and very simple,” he says.

On the other hand, Michael Koons, Vice President of Worldwide Systems Engineering and Technology, Cisco, believes that it is too early to tell what SDN will eventually turn in to. What’s more, he says that it will take five to 10 years for SDN to become ubiquitous, and by that point, it could be a completely different entity.

“I’ve just seen a handful of proof-of-concepts in this region,” he says. “I don’t think SDN by itself will ultimately be what we see. I think SDN will be one component of a broader transition in the ICT space that will include virtualisation, orchestration and management automation. It’ll probably be closer to 10 years for that to happen, looking at the adoption curve for technology. This is a pretty big transition that we’re talking about, and it takes a while to get these things going.”

Customers are right to hold off until they see where SDN is going, according to Akhtar, who also points out that none of the vendors have a fully fledged SDN solution to offer yet. That said, the likes of Juniper, HP, VMware and IBM have been making headway in putting products out there. Of course, Koons from Cisco and Ismair from Brocade also point out their own brands’ SDN products.

Whether or not this will be enough to entice a so-far undecided market is unclear, given that the technology is still so young. “The skill sets just don’t exist within the customers or channel to correctly evaluate SDN and accurately predict benefits to an organisation,” says D’Souza.

If IDC’s estimates are anything to go by, the trend could well and truly take off over the next couple of years. Perhaps the soft launch of this technology – seen by the emerging products being peddled by the handful of vendors involving themselves in SDN – will be enough to show the world that there really is a better alternative to the traditional network architecture. As things stand, though, it looks like the waiting game is the only game in town. 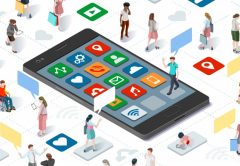 How mobile apps are revolutionising health and wellness 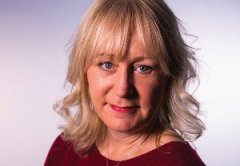 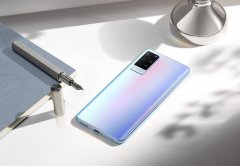