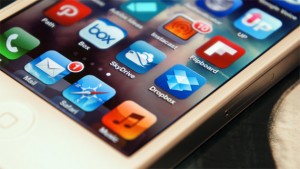 iOS continues to lead in the enterprise space as the mobile platform of choice, according to cloud computing vendor, Citrix.

In its latest Citrix Enterprise Mobility Cloud report, it claimed that iOS made up 58 percent of all global devices enrolled in enterprises.

It was also the preferred platform for enrolled devices in vertical industries in which mobile users engage their customers one-on-one, such as in retail, restaurants, legal and insurance industries.

However, the report detailed that Android was the fastest growing platform for enrolled devices in Europe, the Middle East, and Africa, with an 11 per cent gain from the prior quarter to 36 per cent of the region.

Apple saw its iOS penetration drop from 56 per cent to 43 per cent share of enrolled devices in the same region, and Windows Mobile gained two per cent share to 21 per cent.

The largest adopters of Android were from healthcare, transportation, and utilities verticals, especially for those within mobile field service organisations.

The report also identified trends in how enterprises are dealing with apps and security policies.

According to Citrix, organisations have become more aggressive on app blacklisting, due to perceived data, security threat, or a productivity drain.

It reported an 18 per cent of customers deploying this policy, an increase of 11 per cent from the prior quarter.