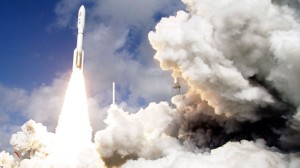 NASA has used software provided by IDBS to analyse hundreds of thousands of data points that enable it to predict the power requirements for a 2012 space mission to Mars.

Kicking off in August, the mission will send a rover, named ‘Curiosity’, to the planet for a minimum of 687 days to chemically analyse samples collected from soil or drilled from rocks, in a bid to establish whether Mars is, or has ever been, an environment able to support life.

Curiosity will carry double the number of instruments compared to its predecessors, which is set to include cameras, an X-ray spectrometer, and radiation detectors. To ensure that it has enough power in its generator and batteries to perform over the period with this weight on board, and in extreme temperatures, NASA used IDBS’ XLfit software to analyse test data.

Andy Vines, product manager at IDBS, explained the importance of projecting the requirements of the battery.

“This type of battery has been in use for 40 years and makes use of a radio isotope decay that generates heat, which is then used to provide power,” he said.

“The reason why these batteries are so important is that the mission itself is obviously going to be taking place in some pretty extreme conditions. If you took a normal battery into extreme heat or extreme cold the power would drop off or die,” he added.

“So what NASA has been doing is performing experiments on the battery, exposing it to a number of different conditions, and collecting data on the battery’s voltage output and efficiency.”

However, NASA was not able to test every combination of environment conditions on Mars, as this would equate to thousands of experiments. Using XLfit, NASA was able to extrapolate the voltage data into regions that had not been tested. It used a mathematical model that contained a coefficient, which allowed them to predict how the battery would behave in certain conditions.

“Thousands of individual data points had been collected, but these were not enough. They needed to extrapolate the lifetime of the battery using that data,” said Vines.

“They needed to extrapolate this over 680 days, which effectively gave them a curve fit line generated through their data points. From this they get all the parameters they need and are able to tell how the power source is performing,” he added.

XLfit operates within Microsoft Excel, but provides additional mathematical and statistical analysis. The software is typically used in a 32-bit version of Excel, but given the amount of data being analysed by NASA, IDBS had to upgrade the package for use to a 64-bit version.

“The 32-bit version wasn’t capable of analysing the datasets they were capturing, but the 64-bit version has a far greater capability in terms of data points. However, the XLfit version NASA required was delivered to them in under a month,” Vines added.