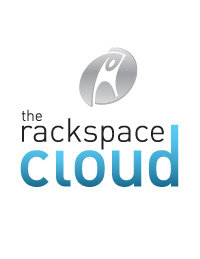 April has proven an eventful month for OpenStack, starting on a low note when Citrix announced plans to all but drop support for the platform in favor of focusing on CloudStack. Since then, a major new version of OpenStack called Essex was released, Hewlett-Packard unveiled a hybrid cloud built on OpenStack, and a group of major IT heavyweights, including IBM, Cisco Systems, and Dell, announced support for a forthcoming OpenStack Foundation.

RackSpace’s new OpenStack-based cloud environment will eventually replace its current platform, which was built on virtual platform technology the company acquired from Slicehost. Although similar to what today’s cloud infrastructure looks like, the Slicehost software was “never designed for the scale we’re at today,” Rackspace CTO John Engates told InfoWorld. “It wasn’t distributed in nature, and it had to go through central pipelines.”

The new cloud platform, Engates said, can scale to many thousands of servers, making it a viable choice for not just enterprises but service providers.

The Cloud Servers component is based on the latest OpenStack Compute release and, according to Engates, offers a level of scalability suitable for even service providers. Cloud Servers is accessible via the new OpenStack API as well as through a control panel. The Cloud Databases service also provides automated management of common database tasks.

The Cloud Databases component provides API access to a massively scalable, highly available MySQL database. Rackspace built servers and storage for the service designed specifically for running databases in the cloud, Engates said. Databases don’t fare well in today’s cloud environments, he said, because the highly virtualised infrastructures aren’t optimised to meet database’s high I/O demands. “Customers find that performance isn’t all they wish it would be — across all clouds, not just Rackspace.”

The Cloud Monitoring service lets customers monitor both infrastructure and applications. It supports both Rackspace’s and competitors’ cloud servers. The service is agentless and thus incapable of, say, polling servers for CPUs, disk, and memory.

Rackspace Cloud’s Block Storage service, currently in beta, provides what Rackspace calls highly elastic raw storage. Customers can choose between a high-performance option build on solid-state disks or a lower-cost block-storage option running on traditional hard disks. “We used to use VLANs, but we found those don’t work very well in the cloud, mostly because of scale,” Engates said. 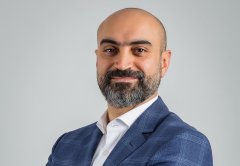