Global software company Oracle’s co-CEO Mark Hurd has died at the age of 62.

In an online post, Oracle Chairman Larry Ellison, said, “It is with a profound sense of sadness and loss that I tell everyone here at Oracle that Mark Hurd passed away early this morning. Mark was my close and irreplaceable friend, and trusted colleague. Oracle has lost a brilliant and beloved leader who personally touched the lives of so many of us during his decade at Oracle.”

At the time, he said in a message to employees, “I’ve decided that I need to spend time focused on my health.” He had been a chief executive and board director at the company since 2014. He served alongside Safra Catz, who also has the title of CEO. Ellison took over Hurd’s responsibilities when he left.

The company has not given details about the cause of death.

“Oracle has lost a brilliant and beloved leader who personally touched the lives of so many of us during his decade at Oracle,” Ellison wrote in an email to company employees.

Prior to joining Oracle, Hurd was the CEO at Hewlett-Packard from 2005 to 2010, which was then the largest PC-maker in the market. He saw the company’s revenue rose by 63 percent and its stock price doubled.

But his tenure wasn’t free of controversy and in August 2010 he resigned from HP.

Hurd joined Oracle as co-president in September 2010, sharing the position with Safra Catz.

In 2014, Hurd and Catz were named co-CEOs, after Ellison decided to step aside to focus on his role as chief technology officer.

Since the co-CEOs’ appointments the company’s stock had gone up about 37 percent, according to reports. He saw how Oracle would sell and market products, while Catz handled finance, legal and operations.

Hurd was a key driver in Oracle’s turn from an old model of licensing software toward the use of cloud computing, a fast-growing business dominated by rivals Amazon.com and Microsoft. 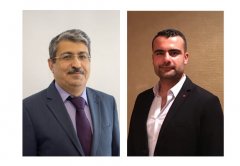 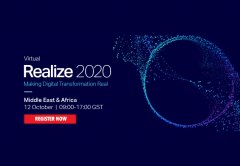