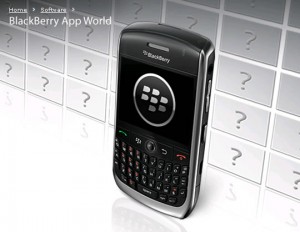 After months of gloomy news to report, Research In Motion finally has something to brag about. Its app store, BlackBerry App World, just passed three billion app downloads.

RIM may have found a bright spot for the company to celebrate, but the BlackBerry brand faces some tough challenges in the coming months. RIM originally planned to launch BlackBerry 10, the touch-centric, next-generation version of its smartphone platform, in late 2012. But the company in late June said it would have to delay the BlackBerry 10 launch until the first three months of 2013.

In the meantime, users may be lured away from the BlackBerry by a string of new smartphones and tablets headed their way later this year. Apple is expected to announce a new iPhone model in the fall, Google recently announced Android 4.1 Jelly Bean with potential new devices coming out in the coming months, and Microsoft will be rolling out Windows Phone 8 in the fall. You can expect Microsoft to push hard for new users with an overhauled platform that includes new features for enterprise users and deep integration with Windows 8, the next version of Microsoft’s desktop OS.
With so much good stuff coming out, it may be tough for users to hang on to their aging BlackBerry devices with only the promise of a new BlackBerry platform rolling out in early 2013.