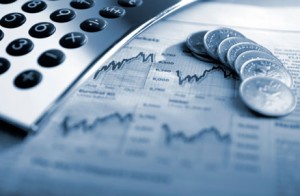 Corporate boards are prioritising IT spending as highly as investments in sales operations, according to research announced Monday by analyst firm Gartner.

IT and sales were tied as the top two priorities among 175 board members, mostly in the U.S. and U.K., polled in March and April for the Gartner-Forbes 2012 Board of Directors Survey. Sixty-four percent said IT spending would rise during their companies’ fiscal 2012.

Calling board members’ attitudes “forward-looking and proactive,” Gartner vice president and distinguished analyst Jorge Lopez added that more than half of the survey respondents said they are preparing for a market recession. “It underlines the fact that the investments they plan to make are essential to growth and even survival,” he said in a press statement.

Nearly 90 percent of survey respondents said IT’s “strategic contribution” to company operations would rise by 2014, according to Gartner. Half said they agreed that IT can “change the rules of competition” in their industries.

The survey also found that board members are increasingly interested in diversifying their companies’ offerings and lines of business. To that end, CIOs and other IT managers should take time now to analyse their strategies for absorbing technologies and systems gained through acquisitions, Gartner said.

While Gartner’s study suggests IT has become highly valued by business-side executives, other recent research has predicted a mixed outlook for actual spending on technology.

Last month, Forrester Research said IT spending in Europe would be anemic this year and next due to uncertainty over the euro currency.

But this month, Gartner released a forecast calling for 3 percent growth in global IT spending to US$3.6 trillion, a figure revised up from Gartner’s 2.5 percent growth prediction earlier in the year.

Financial results of enterprise tech companies have been mixed as well.

But shortly thereafter, SAP released preliminary numbers showing that its second quarter would reach the high end of expectations. SAP is scheduled to report its full second-quarter results on Tuesday.