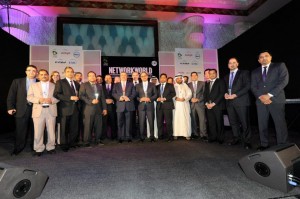 The nominations are open for the fourth Network World Middle East Awards, the major networking awards event on the regional IT calendar.

Recognising both users and vendors, the Network World Middle East Awards recognises innovation on both sides of the industry.

With most organisations having to re-evaluate their priorities when it comes to implementing IT projects, this ceremony looks for projects that use technology to improve performance, enhance business efficiency and contribute to the bottom line.

The ceremony also features vendor awards, in which we look for products and services that offer users real bang for their buck and help them chart new paths to business efficiency and cost savings.

Following on from the success of the previous three events, CNME is now looking for the most innovative networking projects, and the technology providers behind them. If your organisation has implemented technology innovations that produced measurable results in enabling or leading the way to your business’s great success, you could be a recipient of one of these prestigious awards.

For us a chance to win, tell us about the most interesting and exciting project that you or your colleagues have led over the past year. Download the nomination form here, and send it back to us before the deadline. For vendor nominations, download this nomination form.

The deadline for nomination submissions is February 28, 2013.

We look forward to celebrating innovation with you at the Network World Middle East Awards 2013.