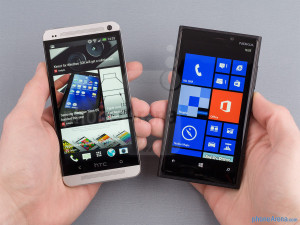 Nokia has won a sales ban on the HTC One Mini smartphone in the U.K., but its Taiwanese rival can keep on selling its HTC One flagship model pending the outcome of a possible appeal, the England and Wales High Court ruled Tuesday.

The High Court ruled in late October that some HTC devices, including the HTC One, infringe on a Nokia mobile network standard patent that Nokia also asserts against HTC in Germany, Italy, Japan and the U.S.

When Nokia won the case it announced it would seek financial compensation and an injunction against the import and sale of infringing HTC products in the U.K.

While the injunction granted Tuesday was final, Sir Richard David Arnold, the judge in charge of the patents court, said in his verdict that he would stay part of it: Nokia was only granted a sales ban against the One Mini and not against the One pending the outcome of a possible appeal.

HTC has until 6th December to seek permission to appeal Arnold’s decision not to grant a wider stay of injunction, he said.

HTC One sales were not banned because of the likely harm to the Taiwanese phone maker if it is prevented from selling its flagship phone between now and February or March 2014, Arnold said. By then HTC will probably have launched its new flagship phone, which cannot be assumed to infringe, he added.

HTC sold approximately 715,000 smartphones in the U.K. from January to September 2013 with revenues of £221 million (US$362 million), according to court documents.

“I accept the damage which HTC will suffer if prevented from selling the One during this period will be both considerable and very difficult to quantify,” Arnold wrote.

In the case of the One Mini however, the damage HTC will suffer if it is wrongly prevented from selling it – pending an appeal – is not as serious, according to the judge. More importantly, HTC designed and launched the One Mini at a time when it knew it was facing a claim for infringement of the patent and apparently did so without any contingency plans, he added.

HTC is pleased that the court stayed an injunction against the HTC One pending the outcome of an appeal against the validity and infringement of Nokia’s patent, the company said. HTC also filed an “urgent application to appeal” the granted injunction, it added.

Nokia said that HTC has undertaken not to ship any more of the infringing products into the U.K., except the HTC One. Nokia is also still claiming financial compensation for the infringement of this patent, it added.