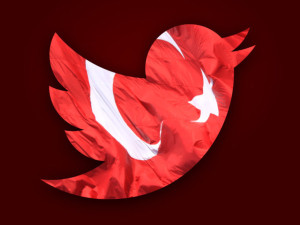 Twitter offered workarounds to users in Turkey after the country blocked Twitter over its alleged refusal to remove some Web links.

The move by the Turkish government was confirmed Friday by the country’s telecommunications regulator and its state news agency Anadolu.

Earlier, local newspapers reported that the government was considering blocking Twitter’s website as the company had refused to abide by court orders requiring certain content to be deleted.

Turkish Prime Minister Recep Tayyip Erdogan has been previously quoted as vowing to “wipe out” Twitter following allegations of corruption in his close circle on the social media website. The country’s municipal elections are scheduled for later this month.

“I don’t care what the international community says at all. Everyone will see the power of the Turkish Republic,” Mr Erdogan said earlier on Thursday.

“We are determined on this subject,” he said. “We will not leave this nation at the mercy of YouTube and Facebook.”

Neelie Kroes, Vice President, European Commission, said that the Twitter ban in Turkey is “Groundless, pointless, cowardly.” The Turkish people and international community will see it as censorship, which it is, she added.

Twitter had been ordered by a court in Turkey to remove certain web links after complaints by citizens, but company officials had remained indifferent to the verdicts, despite being approached by officials, the Anadolu Agency quoted Thursday from a government statement.

“Access to Twitter may be blocked as a last resort to avert the unjust treatment of our citizens in case of a continuation of this ignorance of the court rulings,” Anadolu quoted the prime minister’s press centre as stating.

Twitter spokesman Nu Wexler did not comment when asked if the service was blocked in the country but pointed to messages by @policy, the feed from Twitter’s global public policy team. In one such message, the company advised Turkish users to send tweets using SMS through local mobile carriers like Vodafone, Avea and Turkcell.

Some users have predictably started using techniques such as intermediary proxy servers to access Twitter. Among those continuing to tweet was Turkey’s President Abdullah Gul, who is said to be opposed to the block on Twitter.

The Communication Technologies Institution (BTK), which has been given extraordinary powers under a recently passed Internet law, lists three court rulings and one prosecutor decision on its website as the reason of the outage, reported the Hurriyet Daily News.