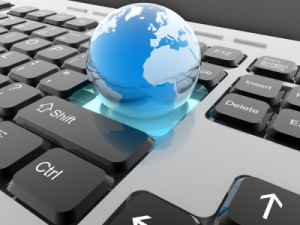 Gartner has lowered its expectations for growth this year in global IT spending, saying it will rise 2 percent to $3.7 trillion. Earlier this year, the analyst firm predicted 2013 growth of 4.1 percent.

Predicted weaker sales for devices played another role in Gartner’s downgrade, analyst and managing vice president Richard Gordon said in a statement. Gartner had previously forecast 7.9 percent growth in device revenue, but has now dropped that estimate to 2.8 percent due to continued decline in PC sales.

“While new devices are set to hit the market in the second half of 2013, they will fail to compensate for the underlying weakness of the traditional PC market,” Gartner said in a statement.

Meanwhile, tablet sales are expected to grow 38.9 percent and mobile phones 9.3 percent in 2013, according to the announcement. Overall, device revenue will total $695 billion in 2013, Gartner said.

Enterprise software revenue is expected to show the most strength, rising 6.4 percent this year to $304 billion, driven by higher demand for CRM (customer relationship management) software.

Data centre systems sales will rise 2.1 percent to $143 billion and IT services revenue is set to jump 2.2 percent to $926 billion, both slightly higher growth rates than in 2012, according to Gartner.

The largest segment in Gartner’s survey, telecom spending, will rebound this year, growing 0.9 percent to $1.65 trillion. “Fixed broadband is showing slightly higher than anticipated growth,” Gartner said. “The impact of voice substitution is mixed as it is moving faster in the consumer sector, but slightly slower in the enterprise market.”

Gartner is planning to discuss the forecast in more detail during a webcast July 9.