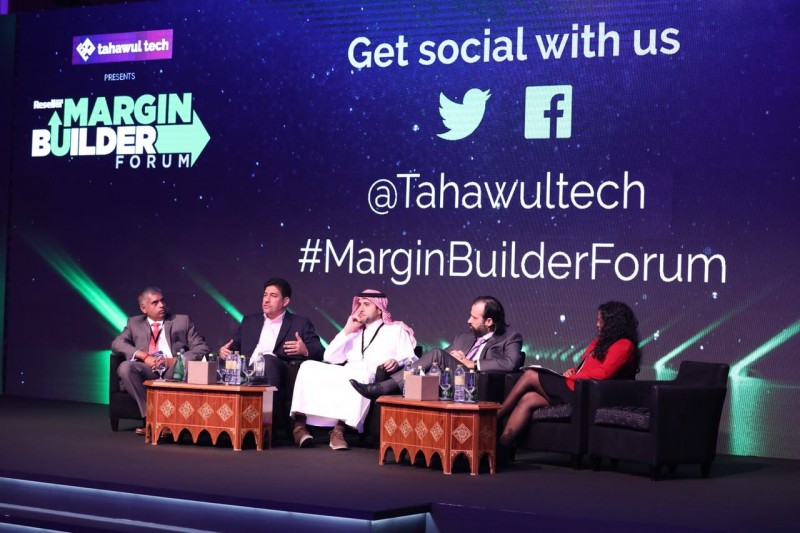 Reseller Middle East’s inaugural Margin Builder Forum rounded off with an engaging enthralling panel discussion with industry experts that explored what was in store for the future of the IT channel.

Moderated by Reseller Middle East editor Janees Reghelini, the discussion was kicked off by Redington Value president Ramkumar Balakrishnan, who said that Big Data and analytics was the key area that he believed held the most promise for the channel industry. ”75% of our revenue used to hardware, but today 75% our revenue comes from is software,” he said. “One area that the whole ecosystem is not considering properly is data, which is the new oil. Partners are looking at specific companies, but that is the area that is going to explode.”

Starlink’s managing director Nidal Othman followed Balakrishnan’s comments by highlighting the technologies that he believed held the most promise. “With specialisation, channel partners will be able to master what’s next,” he said. “I would really encourage partners to invest in AI, alongside security. Machine learning, AI and automation should be the main priorities for the future. Also, having a small team dedicated to innovation to bring out new products at the right time will be key.”

Aljammaz Distribution CEO Asim Aljammaz then said that specialisation towards particular verticals was one way that channel partners could differentiate themselves going forward. “The issue today with channel partners is that they’re not trying to specialise – they’re trying to do a lot of things at once,” he said. “Maybe that was fine 10 years ago, but today, customers require certain solutions. Resellers and VADs need to specialise in certain solutions to provide their end-users. Technology in oil and gas is different from healthcare.”

Nicholas Argyrides, chief of sales and deputy general manager, Mindware, rounded off the discussion by saying that channel partners needed to do their homework in order to plan for the future. ”In order to decide the right technologies, each partner needs to study them carefully,” he said. “I believe education is missing. All that people have to do is study, go to events and they will find the technologies that suit them best.”