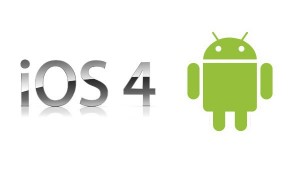 Aternity Mobile Frontline Performance Intelligence (MFPI) adds some code to each app, whether native, web, hybrid or even virtualised. The code passes back to a server a continuous stream of information about particular events or groups of events in each app, as well as about the device itself, and the networks and services it uses. Server-based tools create a set of reports that show the app’s performance as the end user is experiencing it and highlights root causes for slowdowns or other problems.

The software is from Aternity, a Boston-based software vendor that specialises in monitoring and managing end user performance. Essentially, it’s a mobile version of the vendor’s Frontline Performance Intelligence suite, originally developed for desktop and laptop PCs. The main product was updated about a year ago. The new Aternity MFPI can run on its own or can be integrated with the original product.

Aternity was founded in 2004, originally as Gelion Networks. It was listed in Network World’s 2007 “10 IT management software companies to watch.”

The heart of both applications is the company’s core intellectual property, which is code that can deconstruct an app, identify the various input and output events that comprise it, and then link them together so the part or all of the application’s events can be monitored and analysed, according to Trevor Matz, Aternity’s president and CEO.

An iOS and Android mobile app is run through an Aternity app, or Web service, that analyses and configures the app code. Aternity injects JavaScript into the app in order to collect data from it. No changes are made to the application logic and developers don’t have to add monitoring tags. “We can see the key events that describe a transaction, a click event or an update event, for example,” says Matz. The events can be linked together and given a name, and this single sequence can then be monitored and analysed.

The apps and analytics are configured and managed from a management portal, a Web interface currently in Adobe Flash but “soon in HTML5,” says Matz.

Using the portal, an administrator can click on an app, see the activities related to it, see color-coded performance summaries for each activity, and drill down into real-time analytics information for more details. The software can compare the event and transaction metrics against a baseline, and then alert the administrator when it detects performance problems. A suite of tools can help identify the problem, probe for root causes, and fix it.

Critically, Aternity MFPI then correlates all this data and these variables, allowing an administrator to determine that an email slowdown is caused by large files, not a weak Wi-Fi signal; or that one app is much more demanding of the battery, and alerting the user to use caution or recharge.

“There are very demanding requirements for a reliable, optimal mobile experience for enterprise users,” Matz says.

From its start, Aternity has been focused on the client application performance, unlike more traditional vendors that have focused on applications hosted in the corporate data centre.

Aternity Mobile Frontline Performance Intelligence, for iOS and Android, is currently in beta, with an early access release scheduled by the end of June. It will be available as a subscription service, and as a perpetual license starting at about $75,000.