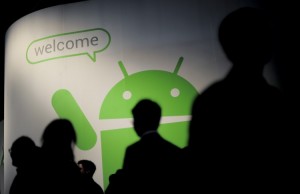 Microsoft, EMC and NetApp have joined Oracle in an appeal against a court decision in a copyright and patent infringement lawsuit against Google over Android.

The three companies on Tuesday filed an amici curiae brief in support of appellant, according to court records.

The brief could not be accessed on Tuesday evening from the court site. Microsoft, EMC and NetApp did not immediately comment. Amici curiae which means “friends of the court” are parties that are not directly involved in a litigation, but believe they may be impacted or have views on the matter before by the court.

In a filing earlier this month to the U.S. Court of Appeals for the Federal Circuit, Oracle said that the appeals court should rule, as a matter of law, that Google’s commercial use of Java in a market where Oracle already competed was not fair use.

Google was cleared last May of most of the infringement claims in Oracle’s lawsuit, although it was found to have copied a few small portions of Oracle’s Java code.

The main issue at trial was whether Google had copied in its Android operating system 37 of Oracle’s Java APIs (application programming interfaces), which Oracle calls “packages” of source code. But the judge ruled in May that the APIs were not eligible for copyright protection under U.S. law. Earlier, the jury found Google infringed Oracle’s copyright in the packages and a computer routine called rangeCheck, but did not come to a decision on whether it could be construed as fair use, Oracle said in its filing.

The U.S. District Court for the Northern District of California made a legal error in ruling that the infringed code and organisation of the 37 packages were devoid of copyright protection, Oracle said in its filing.

Microsoft and Google have recently clashed on a number of issues. The company was critical of a settlement in January between the U.S. Federal Trade Commission and Google over the search giant’s business practices and access to its standards-essential patents, calling it a “missed opportunity.”

The two companies compete in a number of areas including mobile operating systems, search, and services such as email.