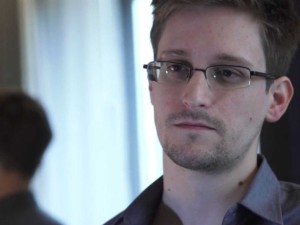 The Edward Snowden saga continues to serve up valuable lessons on the dangers posed to enterprise data by insiders with privileged access to systems and networks. The latest lesson involves the risks of allowing password sharing among employees.

The Reuters news service on Thursday reported that Snowden, a former National Security Agency contractor turned fugitive, used log-in credentials and passwords obtained from several of his co-workers to steal classified data that he eventually leaked to the media.

Reuters quoted unnamed government sources as saying that Snowden succeeded in getting between 20 and 25 of his coworkers to give him their login details on the pretext that he needed the information to do his job as a systems administrator.
Snowden worked as a contract employee at an NSA facility in Hawaii. He used his role there to steal thousands of classified documents. He is currently in Russia where he has been granted temporary asylum from the U.S. where faces charges of violating provisions of the Espionage Act.

According to Reuters, a handful of NSA employees who shared their passwords with Snowden have been questioned and removed from their assignments. It is unclear what rules the employees broke in giving Snowden access to their accounts, but their actions appear to have provided Snowden with access to documents that he was not authorised to see, according to Reuters.

The latest news sheds a more light on how Snowden managed to lay his hands on what has turned out to be a staggering amount of classified information on the NSA’s spying activities around the world and in the U.S. His success in getting access to the documents and spiriting them out of the agency have provoked questions about the NSA’s apparent lack of controls for preventing such theft.

About two months ago, NSA CTO Lonny Anderson claimed that Snowden’s role as a systems administrator had given him the perfect cover for accessing classified documents sitting in a file-sharing location on the spy agency’s intranet portal. The documents were kept in the portal so that NSA analysts and other officials could read and discuss them online, Anderson had noted.

In an interview with NPR, Anderson said Snowden didn’t require any additional skills to get at the documents because he had access to them as part of his job. But the Reuters report, if accurate, means that Snowden may have had far more access to material on the NSA network than officials have conceded so far.

John Worrall, chief marketing officer at Cyber-Ark Software, a vendor of password management software, said the kind of password sharing described in the Reuters report is extremely dangerous but happens far more commonly within corporations than most people are aware.

Sharing passwords, especially those providing access to privileged accounts, can undermine a company’s access control mechanisms, Worrall said. Individual accountability also becomes harder to nail down in situations where passwords are shared and multiple people have common access to the same account, he said.

Often this happens because of a lack of proper user training and education as well as a lack of technology controls for monitoring access and use of privileged accounts, Worrall noted.

In Snowden’s case, he appears to have used social engineering to get his colleagues to share their passwords. The best practice in such situations is to never give up passwords even to systems administrators, he said. “It wasn’t just simple passwords these people were giving up. They were providing Snowden with passwords that they knew guarded access to extremely sensitive information,” he said.

“Even in the corporate world, when a systems administrator is working with an employee to troubleshoot a device or application, the majority of the time they’ll have the employee enter in password information before they access the device, account, or whatever they’re working on,” he said. “People should never, ever, give up their password information.”