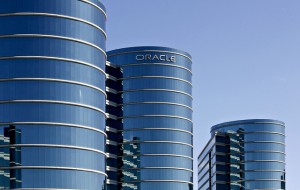 Oracle is appealing a US$306 million settlement in the TomorrowNow corporate-theft case against German competitor SAP, according to court documents.

The Redwood Shores, California, business software company said in a filing on Friday that it was serving notice of its appeal to the United States Court of Appeals for the Ninth Circuit from a final judgement entered last month by the U.S. District Court for the Northern District of California, Oakland Division.

The case centres around a corporate theft trial, in which SAP admitted liability for illegal downloads of Oracle software and support materials by a former subsidiary, TomorrowNow, which provided low-cost support for Oracle applications.

A jury awarded Oracle $1.3 billion in damages in 2010, which was set aside last year by the Judge Phyllis J. Hamilton, who gave Oracle the option of accepting $272 million or seeking a new trial to determine damages.

Oracle opted for a new trial which was scheduled to begin last month, but the two companies entered into an agreement ahead of the trial in which SAP agreed to pay Oracle the $306 million in relief. Oracle and SAP said in a joint filing on Aug. 2 that they were stipulating a final judgement to save time and expense on a new trial, and to expedite the resolution of an appeal.

The parties also reserved the right “to seek all appropriate appellate relief, including without limitation reinstatement of the original $1.3 billion judgment.”

The agreement meant that Oracle could immediately file its appeal of the ruling that rejected the $1.3 billion award, the company said in a statement last month.

Pursuant to the stipulation by both parties, Judge Hamilton ordered payment of $306 million to Oracle as relief. The judge also noted in the Aug. 3 judgment that the parties had agreed that Oracle was paid $120 million in legal fees by SAP.

SAP could not be immediately reached for comment on Oracle’s appeal.