One of the world’s leading online security and privacy experts has warned that unprotected remote working and social media use can pose significant risks to both individuals and businesses across the Middle East. 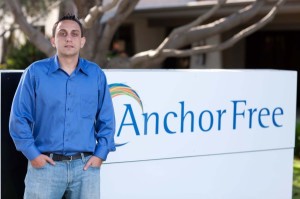 According to security and privacy software pioneer AnchorFree, workers outside the office are becoming particularly prone to attacks from would-be identity thieves and malware.

Ar recent study by Independent Security Evaluators of Baltimore discovered that 13 of the most popular off-the-shelf wireless routers can be exploited by a “moderately skilled” adversary with LAN or WLAN access.

Public WiFi is also highly susceptible to targeted attacks. A recent study found that a full 88% of [NJ1] hotspots at locations such as coffees shops and airports were unsecure.

“Everything from seemingly innocuous web searches and social media activity to run-of-the-mill app downloads can now trigger all manner of mayhem, whether it is confidential data falling into the wrong hands or process-crippling malware. This is a big concern for business leaders if employees are using computers or smart devices that also connect to workplace networks.”

While awareness of the risks exits – a recent survey by Cisco found that over three quarters of Middle East respondents fear that they are no longer in control of their data online – there is still plenty to be done when it comes to active prevention.

“Businesses clearly need to do more to protect their employees,” added Gorodyansky.

“Modern workers are no longer anchored to a desk and lead far more mobile, interactive lifestyles. There are huge advantages to this, of course, but certain security measures must be in place. This should include educating on the basics such as updating passwords properly, clearing cookies, avoiding over-sharing data via social media, and also the use of technology like VPNs to safeguard privacy and identity by encrypting all internet activities..”

AnchorFree’s Hotspot Shield VPN app, which keeps a user’s online activity private by creating a secure tunnel between the user’s device and the internet, plays an important role for both corporate and personal protection online..

Hotspot Shield is growing by 250,000 new users per day, and is the number one security app on the iPhone and iPad. It also ranks number one in the Apple App store’s Productivity category in over ten countries.

AnchorFree believes these types of protective measures are especially important in the Middle East where social media use is rampant.  The Dubai School of Government reports that of the Arab region’s 125 million Internet users, 53 million actively use social media. State of Search notes that 80% of Middle East and North Africa users spend more than an hour each day updating their social media channels. Arabic is currently the fastest growing language on Twitter and, according to social media agency The Social Clinic, Saudi Arabia alone saw a 3,000% Twitter growth rate between 2011 and 2012, the highest figure in the world.

Earlier this year, AnchorFree was hailed as America’s sixth most promising company and named to Inc. Magazine’s prestigious Top 5000 fastest growing companies. and Gorodyansky was identified as one of the country’s most promising CEOs. Hotspot Shield was also named by popular download site Softonic as “one of the best apps” at Mobile World Congress 2013.