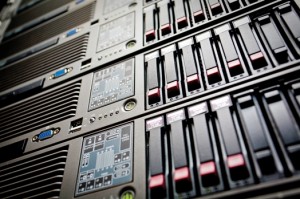 As storage technologies go through massive changes, some analysts have begun to doubt the role and relevance of storage area networks (SANs) in Middle East organisations. CNME’s Ben Rossi draws on the opinions of the vendors in the storage market, and finds this viewpoint to be far from the case.

Storage is a hot topic on the mind of CIOs and IT managers right now, but with much of the column inches reserved for talk of big data, some are left wondering whether storage area networks (SANs) still have a place in a modern organisation.

When it comes to the vendors, however, it is clear SANs are still very important in an effective enterprise.

According to EMC, SANs are still widely used in data centres and are likely to continue as such for many years to come.

Sufian Dweik, regional manager MENA at Brocade, agrees. He says SANs still form a very strong part of Brocade’s business strategy, and it offers a number of products and services in that field.

“Fiber channel remains the primary technology used in SAN deployments and the market for this is actually growing. Other technologies like iSCSI (for smaller deployments) and FCoE (inside the server rack) will have their place in the data centre but will not replace fiber channel,” he says.

Despite these positive descriptions, it remains that there has been some unwillingness in the adoption of SANs. Dweik believes this to be down to the inability of some organisations to properly select and deploy the SAN architecture that best benefits the enterprise.

When it comes to alternatives, there are a few – like iSCSI and FCoE – but the industry is not standardised on them, according to Vikas Agarwal, senior pre-sales consultant or enterprise infrastructure at Emitac.

“Each vendor is promoting their own technology to consolidate SAN and ISCSI storage on a converged infrastructure but this technology is yet to mature. On the other hand, block and file data is merging to a common storage platform. Some technology vendors call this unified storage,” he says.

“They are similar by offering servers’ access to multiple disk arrays and have distinctive features unique to each of them. Business application requirements ultimately dictate NAS and SAN choices and spending,” Weiss says.

“Since both storage-networking technologies serve application requirements, it often makes sense to consolidate them as much as possible. The unified storage systems can operate then concurrently using SAN attachment for block data access and LAN attachment for file access,” he adds.

Haydar believes SANs have become the “defacto standard” in Middle East organisations over the last 15 years.

“This is essentially in harmony with the worldwide trend. While in the late 1990s we could still find DAS (direct attach storage) systems in most data centres, the consolidation initiatives which characterised the past decade have basically replaced DAS with SAN,” he says.

With the vendors agreeing that SANs do remain a prevalent technology in Middle East organisations, the shift has in fact come in the increased adoption of these technologies by SMEs, according to Dweik.

“This has been a reason behind the growth of the market in this region. Thanks to lower costs and a significantly lower TCO, SMEs are latching onto the opportunity to equip themselves with storage solutions. Also, unlike before when SMEs would turn to direct attached storage (DAS) due to the low initial expenditure, they are now starting to realise the long term benefits that network storage provides,” Dweik says.

“We are also starting to see increased interest from new sectors such as healthcare, media and retail in addition to the steady demand from traditional high-IT spenders such as government, infrastructure, telecom and banking. Enterprises are interested in technologies that consolidate their IT investments, improve operational efficiencies and minimise the negative impact of data growth,” he adds.

Mahesh Vaidya, CEO at ISIT, says another change has been customers looking to reduce the cost to run services inside their data centres.

“On the other hand, it is still difficult to find good resources with advanced skills in the market to manage the SAN environment,” he says.

He adds that the price and total cost to operate the environment play a very big role in the decision of the customer to select an alternative.

According to Agarwal, the Middle East IT industry is at a time when the change is just being evolved.

“Today a decent size organisation may have many FC fabrics, few IP networks dedicated to NAS and, of course, a LAN to link to the hosts and clients. Managing them often crosses the boundaries of two or more IT departments. In such scenarios, a single network makes more sense,” Agarwal says.

“The FCoE solution has made it possible to link disparate networks, simplify administration and reduce complexity and cost, although it depends on various factors like the 10GigE components in the network. New technologies are trying to consolidate fabrics and show a price advantage as they are using only one transport layer,” he adds.

Ultimately, however, the explosion of data – and the shift to virtualisation – means having an effective SAN infrastructure is more important than ever.

“It is clear that businesses in the Middle East are facing a voluminous growth in data thanks to increases in Internet users and digital data, as well as business continuity and security concerns. The data centre plays a pivotal role as a tool for risk reduction, cost control, compliance, efficiency and maximising the business value of information,” Dweik says.

“To meet these growing demands, next-generation data centres, virtualised environments and cloud-optimised networks need to focus on ways to improve storage and data management. This is all possible through a well deployed SAN infrastructure, so I imagine we will still see much interest in SAN in this region. The superior manageability characteristics of SAN architecture will be the reason that organisations favour SAN deployments as they migrate their data centres to virtualised environments,” he adds.

Referencing the current economic crisis, Agarwal believes the SAN infrastructure will not have any competition over the next few years in the Middle East enterprise market.

“If an organisation is looking to revamp the entire data centre they may look for newer technologies. Due to the current economic crisis, it is not easy to get necessary budget approvals for a complete overhaul. Few SMEs may opt for other alternatives,” he says.

He does add, however, that the next few years may also see similar enterprise SANs of today.

“The change would be in protocol convergence, unified fabrics and simplified server virtualisation which would complicate the enterprise SAN. The new generation storage administrators will need more skills, better understanding of the technology, virtualisation, data and apps, while keeping their traditional storage skills sharp,” he says.

“So with this, where is the need to give up on SAN? Having said this, one thing the customer has to remember is that they need to move their entire data centre network to 10GigE if they need to move away from SAN,” he adds.

Haydar agrees that the day to give up on SANs coming soon is not even a remote possibility.

“SANs are essential for achieving high throughput and low response time for mission critical applications. There are no alternative technologies today, nor in the short term future. We believe SANs will remain useful and needed in data centres for years to come. Even when we look at some of the emerging technologies that are part of modern IT setups, such as virtualisation and virtual desktop infrastructure (VDI), these do require a SAN infrastructure for efficiency and performance reasons – especially for medium to large deployments,” he says.

He adds that rather than the SAN market slowing, EMC anticipates it to continue growing in the Middle East region in the coming years.

“We also see the NAS market growing – possibly at a faster pace compared to SAN, due to the fact that unstructured data is growing at a much higher rate than structured data,” he says.