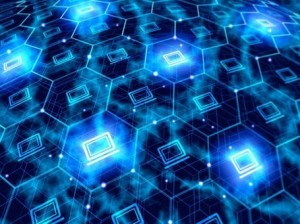 Security watchdogs are now worried about a new attack vendor that cybercriminals could take advantage of – the growing number of devices that routinely use the Internet to function.

Machine-to-machine (M2M) security is closely connected with what’s known as “The Internet of Things” and involves a host of devices that use mobile modules to connect to the Internet. There’s the vending machine, for example, that communicates with a distributor when supplies get low or the E-ZPass toll-paying system.

“It’s not a huge target yet, but it’s potentially a huge target,” said Lawrence M. Walsh, president and CEO of the 2112 Group, a research and consulting firm in New York City.

“It’s projected that there will be 50 billion embedded mobile devices worldwide over the next 15 to 20 years,” he noted.

Until now, M2M has dodged the attention of the larger hacker community. It’s still difficult to crack the devices because of a lack in intelligence in the networks they’re connected to, said Anthony Cox, an associate analyst with Juniper Research in Basingstoke, U.K.

That’s changing, though, he said. “As systems offer more complete communication from the module to the management platform that looks after these modules, the chance of creating avenues where hacking may be successful will increase.”
M2M systems that rely on richer communication already exist, such as those transponders used for automatic toll payments. “There’s an M2M device at the toll booth reading your sensor, transmitting the data to another M2M device which is aggregating it and sending it to a server,” Walsh explained.

M2M is used, for instance, in a variety of energy, public utility, transportation and security systems, he said. “You have the potential to disrupt infrastructure, disrupt economic activity and steal money,” he said.

“M2M systems have a similar concern to SCADA systems,” he said. “SCADA systems were once thought to be impervious to conventional Internet attacks because most of them weren’t connected to the Internet and were operating on dedicated operating systems.”

“Now, they’re not,” Walsh continued. “They’re integrated with Windows and Linux and they have connections to networks connected to the Internet that makes them vulnerable.”

Making matters worse is that M2M devices – unlike smartphones, tablets and PCs – have limited power, processing and storage. That could make them harder to secure from hackers.

“Putting active security devices on them is going to challenging,” Walsh said. “The security of M2M systems [does] worry me.”

Breaking encryption is less of a problem for M2M networks than compromising credentials that can be used to decode the encrypted security measures that are supposed to protect them.

“We need better ways of protecting private key management,” Kellermann said. “But even if that problem were solved, the over-reliance of encryption to solve The Internet of Things security problem is highly problematic.

“Hackers know how to bypass encryption and use that encryption to hide their forensic trails.”