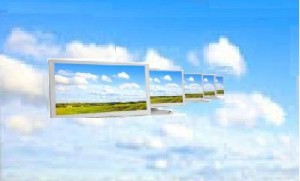 The line between virtualisation and a private cloud can be a fuzzy one, and according to a new report by Forrester Research, up to 70 percent of what IT administrators claim are private clouds are not.

Why’s it such a big deal? Staten says if you call a highly virtualised environment a cloud, but it doesn’t have one or more of the key characteristics of a private cloud, then the IT department is setting an unrealistic expectation for users. If users are disappointed when they find out the environment doesn’t have self-provisioning, or an elastic resources pool, they can get discouraged. The next time they need a VM on the fly, where will they turn? The pseudo-private cloud IT has set up, or Amazon Web Services, which IT could have no control over.

Most cloud experts have settled on a generally-agreed upon definition of cloud computing – be it public or private – as having the five characteristics outlined by the National Institutes for Standards in Technology. These include on-demand, self-service for users, broad network access, shared resource pool, the ability to elastically scale resources, and having measured service.

Without those five points, it’s not technically a cloud. Contrary to some people’s beliefs, virtualisation is not a private cloud; it’s an essential ingredient to powering clouds, but in and of itself it does not create one. Mike Adams, marketing manager for VMware, says a private cloud incorporates more sophisticated management capabilities on top of a virtualised environment, giving it the qualities outlined in the NIST definition.

Andi Mann, a vice president of Strategic Solutions at CA Technologies and cloud pundit, pumps the brakes a little bit on this discussion though. “If you don’t have all five (characteristics), then you’re getting into semantics,” he says. The real question, he says, is not whether the five check marks can be made to call something a cloud – it’s whether IT is serving its users appropriately.

“Sometimes, 80 percent of cloud is good enough,” he says. “What it’s really all about is business service. Who cares what you call it; what you care about is that your customers, your business users have the resources they need.”

Maybe the enterprise doesn’t need elastic scalability because there are static workloads. It still has all the other benefits of a cloud – self-service, chargebacks, broad network access and a shared resource pool. But, it may not technically meet that NIST definition. “So, if you want to be technical, call it what it is: A highly efficient virtual environment,” Mann says.

So where does all this cloud-washing come from? Staten says fundamentally IT administrators are scared of the cloud. Virtualisation experts within the enterprise used to be the top-dogs; when resources were needed, they provisioned the capacity. Cloud is seen as threatening that model by giving users self-service and dynamically scalable resources. What’s left for the virtualisation expert to do?

Staten says that’s the wrong way to think about it. There’s still a lot for IT administrators to set up, making sure the cloud has a catalogue of options available to users, complete with the appropriate security protocols, resource availability and virtualisation components. Admins must embrace that philosophy, because if they don’t then users will access the resources themselves anyway, leading to the dreaded “shadow IT.”