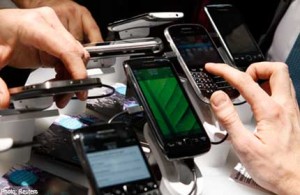 “China is at the centre of smartphone development and adoption in emerging markets, with the whole ecosystem increasingly geared toward the production of ever-more feature-rich affordable devices,” Ovum telecoms emerging markets principal analyst, Shiv Putcha, said.

Although a sub-$100 price band entry-level segment is taking shape, affordability, for the most part, still remains a key issue in most emerging markets.

Ovum notes that operator subsidies for smartphone are uncommon in emerging markets and this has hampered smartphone adoptions. Major chipset and platform vendors are having significant impact on both smartphone availability and affordability by offering reference designs to their device OEM partners and reducing barriers to entry.

“While much of this development is occurring in China, local brands from other emerging markets are also adopting this model,” Putcha said.

“Other emerging markets that will show strong growth include India and Indonesia, with Brazil and Russia following.”

Putcha added that smartphone growth in emerging markets will see a corresponding growth in online services, such as Cloud, storage, and purchasing based on mobile money transactions, with OEMs and equipment vendors increasing their presence as well.