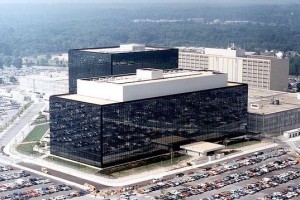 The Foreign Intelligence Surveillance Court has renewed permission to the US government for a controversial programme to collect telephone metadata in bulk.

The office of the Director of National Intelligence said the government filed an application with the FISC seeking renewal of the authority to collect telephony metadata in bulk, and the court renewed that authority, which expired on Friday.

The information was being disclosed “in light of the significant and continuing public interest in the telephony metadata collection programme,” and an earlier decision by DNI James R. Clapper to declassify certain information relating to the programme, it said.

The secret court has been set up under the Foreign Intelligence Surveillance Act (FISA) which requires the government to obtain a judicial warrant for certain kinds of intelligence gathering operations.

The Guardian newspaper published in June a copy of a secret April 25 order from FISC in Washington DC, which required Verizon to produce call records or telephony metadata on an ongoing daily basis until expiry of the authorisation on July 19.

The requirement to turn in metadata applied to calls within the US, and calls between the US and abroad, and did not cover communications wholly originating or terminating outside the US. Metadata was defined to include communications routing information such as session-identifying information, trunk identifier, telephone calling card numbers, and time and duration of calls.

The programme does not allow the government to listen in on anyone’s phone calls, and the information acquired does not include the content of any communications or the identity of any subscriber, Clapper said in a statement in June, which also confirmed the authenticity of the order published by the British newspaper.

The authorisation required the production of telephony metadata under the “business records” provision of the FISA Act.

In response to the disclosure about the collection of phone data of Verizon customers, American Civil Liberties Union filed a lawsuit in June in US District Court for the Southern District of New York, claiming that the “mass call tracking” by the US National Security Agency was in violation of the US Constitution’s First Amendment, giving US residents the rights of free speech and association, and the Fourth Amendment that protects against unreasonable searches and seizures. It asked the court to order an end to the tracking of phone records under the Verizon order or any successor order.

In a letter last week to Rep. Jim Sensenbrenner, the US Department of Justice said intelligence tools that NSA uses to identify the existence of potential terrorist communications within the data “require collecting and storing large volumes of the metadata to enable later analysis”. If the data is not collected and held by the NSA, the metadata may not continue to be available for the period that it “has deemed necessary for national security purposes” as it need not be retained by telecommunications service providers.

Internet companies like Google, Microsoft and Yahoo have been demanding for greater transparency in the orders of the FISC, after Edward Snowden, the former NSA contractor behind the leak of the Verizon order, also disclosed documents that suggested that the NSA has access in real-time to content on their servers. The companies have denied the claims, and want FISC to remove restrictions that prevent them from disclosing requests for customer data under FISA. Yahoo appears to have persuaded FISC to release its secret order and parties’ briefs in a 2008 case. The court ordered the government recently to declassify the documents, as it prepares to publish the court’s opinion in a redacted form.