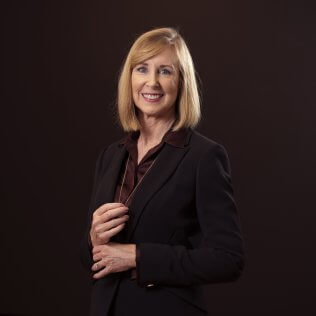 This past year, industries from all corners of the globe have experienced a challenge that’s unique in scale and scope. The pandemic presented an immediate threat to business continuity, but it also served as a catalyst for rapid digital change. Not only has this change helped businesses conquer near term challenges like the pandemic, but it has also opened the doors to an intelligence revolution that will enable even the most unlikely organisations to tackle global issues such as climate change and social inequality.

It’s difficult to overestimate just how much businesses have had to adapt in recent months. Never before have eight billion people worked together to lock down economies, close borders and restrict movement in the interests of a common good. According to Science Magazine, human-related seismic vibration – a useful proxy for human activity across the globe – reduced by half in 2020. It’s also well publicised that gas emissions reduced by 17% at the height of global lockdowns. These rapid reversals truly are unprecedented, and they create a once in a generation platform from which to pursue real change.

The so-called ‘new normal’ has been a moving target since the early weeks of the pandemic, but as businesses and individuals have adapted to new ways of working, they’ve found their own priorities shift. Even with vaccines currently being distributed, it’s hard to envisage things going back to how they were before.  The most outstanding business leaders are proactive and forward-thinking, only allowing themselves to see opportunities where others might see obstacles. It’s now, in the face of a global crisis, those leaders are beginning to realise a sustainable future is possible through data-driven digital transformation.

It’s well documented that digital technology is already helping to cut carbon emissions by up to 15% in energy, manufacturing, agriculture, building infrastructure, services, transport and traffic management. This offset is equal to the combined carbon footprints of the EU and US combined. Similarly, when the World Economic Forum partnered with PwC to look at Fourth Industrial Revolution technology applications across the UN’s Sustainable Development Goals, they found that technology can have a high impact on at least ten of them. If that’s correct, it means that 70% of 169 targets underpinning the world’s sustainability goals could be met using existing technology applications. However, the next ten years, which many have dubbed the ‘Decade of Action’, will be critical.

From footprint to handprint

Four of the most common drivers behind sustainability in 2021 are climate change, circularity, the transition to renewable energy, and increased transparency and traceability across supply chains. However, if companies are to tackle these difficult challenges, they must first establish the scope of the problem. In other words, businesses need to gain a solid understanding of their own environmental footprint before they can take action to mitigate it. During its own period of introspection, which included making its own GHG emissions profile a matter of public record, AVEVA realised its contributions alone wouldn’t be enough to tip the sustainability scale. The company’s most significant opportunity lay in how it could affect other organisations’ sustainability journeys through the technology it had developed. In other words, focus moved from footprint to handprint. With this in mind, AVEVA has also joined The UN Global Compact to share and collaborate with businesses on the world stage in the pursuit of sustainability objectives.

Sustainability for the many

Businesses have countless opportunities to further their sustainability goals, many of them hidden in plain sight. With the application of new technologies and a data-centric approach to problem-solving, even the most unlikely candidates from a diverse range of sectors can turn the tide. Take National Grid UK, for instance. The company partnered with AVEVA in pursuit of a digital solution to help them preserve the reliability of their network while coping with the intermittent nature of renewable energy. Today, the business can process up to 1.2 million data points which are refreshed every five seconds, allowing it to optimise energy traffic in real-time.

Nava Raipur, India’s first new-build smart city, is another example of how digital transformation can enable social, environmental and economic value. It uses AVEVA’s Unified Operations Center to streamline city operations, minimise risk and lower the cost of operating the city’s infrastructure. This real-time management results in more efficient use of resources such as water, street-lighting, electrical and sewerage services, whilst also ensuring the people of Nava Raipur enjoy safe, green and reliable living standards. The technology has been instrumental during lockdown, allowing local authorities to keep civic services running smoothly without putting staff at risk.

The past year may have been one of the most difficult on record, but in pushing businesses to adapt and embrace technologies that they might otherwise have overlooked, new economic, social and sustainability goals can – and will – be realised.