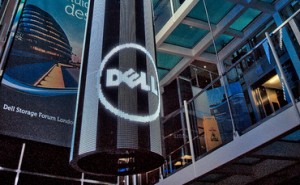 Dell yesterday said it wants to cut US$2 billion in costs over the next three years as the company moves a larger part of the business toward the enterprise to increase profitability.

The cost cuts will come in a number of areas including standardising PC and server system configurations, moving operations to more affordable geographic areas and making the supply chain more efficient, said the company’s CEO, Michael Dell, during a keynote at the company’s analyst day, which was webcast.

The company in the last 12 months also acquired eight companies, many of which are software and security companies tied to the company’s enterprise products. The company’s big acquisitions this year have included security company SonicWall and thin-client hardware, software company Wyse Technology and a string of companies that migrate workloads from mainframes to industry standard servers.

The company is seeking a $1 billion cost reduction in the PC business by 2016, said Jeff Clarke, vice chairman and president for global operations and end-user computing solutions at Dell. The total PC market is a $235 billion opportunity in which 64 percent of the PCs are priced above $500, which is healthy for Dell.

Today, more than 50 percent of the units shipping today from Dell are predetermined configurations, and 70 percent of the PCs assembled are by third-party companies, Clarke said. The company still sees an opportunity to cut costs by standardising configurations and using freight for product delivery.

“We’re not done reducing the complexity of products,” Clarke said. “We still touch too many orders at Dell.”

Dell has already driven a lot of complexity out its PC business to control costs over the last two-and-a-half years, Clarke said. The company has reduced 30 percent of PC platforms as part of standardisation efforts, which have helped simplify the supply chain and reduce component costs.

Dell also sees an opportunity in Windows 8, which should boost tablet and PC shipments, Clarke said. Dell plans to release Windows 8 tablets for enterprises under the Latitude and OptiPlex brands.