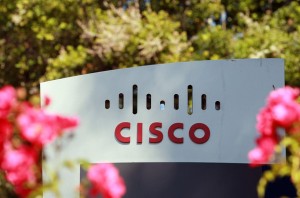 Cisco has been accused of stealing thousands of proprietary and copyrighted data files from its third-party services nemesis, Multiven, which has filed a complaint against the company in both the U.S. and Switzerland.

Multiven, whose CEO Peter Alfred-Adekeye was at the centre of a bizarre orchestrated arrest episode involving Cisco, accuses Cisco of unauthorised access by Cisco to Multiven’s knowledge base, mysolvr.com, using automated cyber-scraping software. Multiven alleges Cisco stole thousands of proprietary and copyrighted data from Multiven’s knowledge base on at least four separate occasions between December 2009 and January 2010.

The company says the incursions “put undue load on Multiven’s server resulting in a degraded service for its legitimate users and customers,” and are “clear violations” of the U.S. federal Computer Fraud and Abuse Act and the Computer Data Access and Fraud Act.

Alfred-Adekeye even went so far as to accuse Cisco CEO John Chambers and General Counsel Mark Chandler of orchestrating the infiltration.

“Based on the fact that the source IP addresses of these systematic and premeditated theft of Multiven’s intellectual property by Cisco Systems originated from Cisco’s headquarters in San Jose, California, it is clear that Cisco CEO John T. Chambers and General Counsel Mark Chandler or people under their control instigated these thefts,” Alfred-Adekeye said in the press release.

Cisco says the charges are nonsense.

“This is yet another false accusation from Multiven, and we strongly reject this claim,” a company spokesperson stated in an email response. “The only access that Cisco has ever had to Multiven content is through its website, which is readily available to the general public.

“Further, it’s important to note that Multiven’s CEO is currently under federal indictment in the U.S. for behaviour – including stealing Cisco software in violation of the federal Anti-Hacking Statute – similar to their own accusations.”

Though claiming it was “severely harmed” by these actions, Multiven is only seeking an apology from Cisco, and assurances that it will delete the ill-gotten data and not use any of it in current or future products and services.

“The data … could enable Cisco Systems, Inc. to effectively replicate Multiven’s entire knowledge base – a key component of Multiven’s intellectual property, trade secret and livelihood with a value in the billions of dollars,” Alfred-Adekeye states in the press release.

Multiven said it discovered the attacks were from Cisco through firewall logs. Once the first attack was identified and blocked by Multiven’s cyber security team, the firewall continued to log packets coming from the blocked IP address, the company states. The log files showed that another two IP addresses assigned to Cisco then began to attack Multiven’s data “with a view to capturing all its proprietary files,” the company claims.

Multiven said it found no evidence that customer or user passwords were included in the data “stolen” by Cisco.

“Start-ups and young enterprises are key to turning around the current global economic downturn,” Alfred-Adekeye states in the press release. “However, for them to succeed, the law must protect their intellectual property from monopolistic organisations that abuse their dominant positions to stifle competition, innovation and consumer choice for their selfish gain.”

Cisco and Multiven have been suing and countersuing each other for years.