The Trump administration has tightened its control over the H-1B immigration visa programme for skilled workers, often used by Silicon Valley companies to attract tech workers. 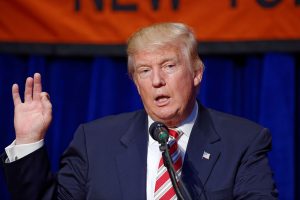 The new measures, announced on Monday, are said to detect “fraud and abuse” in the visa programme, and come alongside a warning from the Justice Department for companies not to discriminate against US workers in favour of H-1B holders. If employers are found to discriminate against Americans, they could be prosecuted, officials said.

These announcements come as the United States opens up its annual allotment for the H-1B visa programme — a total of 85,000 slots, 20,000 of which are reserved for master’s degree holders from US universities – which are quickly snapped up each year, notably by tech firms. It also aligns with President Donald Trump’s campaign pledge to limit immigration that takes away jobs from Americans.

“The Justice Department will not tolerate employers misusing the H-1B visa process to discriminate against US workers,” said acting assistant attorney general Tom Wheeler in a statement. “US workers should not be placed in a disfavored status, and the department is wholeheartedly committed to investigating and vigorously prosecuting these claims.”

Separately, US Citizenship and Immigration Services (USCIS) said it would take “multiple measures to further deter and detect H-1B visa fraud and abuse.”

“The H-1B visa programme should help US companies recruit highly-skilled foreign nationals when there is a shortage of qualified workers in the country,” the agency said in a statement Monday. “Yet, too many American workers who are as qualified, willing, and deserving to work in these fields have been ignored or unfairly disadvantaged.”

The agency said it would take “a more targeted approach” in visits to employers with H-1B visas and would investigate companies that “abuse the H-1B visa programme” to depress wages of US employees.

H-1B visas go to scientists, engineers, computer programmers or specialty occupations to fill needs — with heavy demand in the technology sector, where firms say there is a shortage of qualified workers. Big US employers of the visas include Microsoft, Google, Amazon, IBM, Accenture, Syntel, and Apple.

The visa has drawn particular attention since Trump’s election, after White House press secretary Sean Spicer said in January that the possible executive order on work visas “is part of a larger immigration effort” and stems from “an overall need to look at all of these measures.”