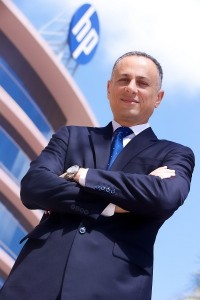 As the dust begins to settle following arguably HP’s most challenging era, Middle East Managing Director Eyad Shihabi talks to Joe Lipscombe about where the wheels came off, and how retracing the steps back to the beginning will provide the spark needed to launch the company into the future.

The night is darkest just before the dawn, so the saying goes. HP certainly believes that to be true, Eyad Shihabi, Managing Director, HP, Middle East, tells me as he sips his coffee the morning after shareholders re-elected the entire board of directors – something that seemed highly unlikely at the time. He cuts a confident figure, not something you would have associated with HP personnel a few months ago.

But since the Autonomy scandal, job losses, writedowns, and channel conflict, HP has more than doubled its stock prices and gained three points market share – a healthy sign for a company which has effortlessly kept itself in the broadsheets for the wrong reasons over the past year.

“Firstly, we’ve been fortunate to be the biggest supplier of IT news over the past few years,” laughs Shihabi.

“It has been challenging, personally. Since the Autonomy scandal I’ve found myself spending most of my time defending the company, the policies, the innovations, but not anymore. Now, when I go into a meeting with a partner, I ask if I have to update them on HP and they say no, they’re confident, they’re happy.”

Shihabi says that it was very important, as a public company, to be transparent and open when a mistake is made and to tackle that head on, take the writedowns, and move on. This, he claims, has been a process branded into the employees by the CEO, Meg Whitman.
“What Meg [Whitman] did was come in and recognise our problems and issues, honestly and openly admit these and then set about publically rectifying them. She is exactly what this company needed, she instils confidence and enthusiasm into this company and every team, partner and customer believes in her.”

Customers and partners spoke openly about how complicated HP products had become and how difficult it had become to work with the company. Shihabi says that only Whitman had the impetus to challenge this head on.

“We had multiple products that were largely doing the same thing, too many silos, too many complications. Meg has given us new standards, we listened, we innovated. Now, take our converged cloud as an example – we’re the only company which can deliver the flexibility to our customers that we do, with no lock in. We’re proud of that. We give the tools to administrators in this space with over 100 maps for them to implement. We’ve completely simplified the experience – that’s what we’ve been strictly focused on over the past year,” he says.

“This is about recognising where we went wrong, stripping it down and starting again. Technology can always be improved. The last few years have been confused; we were focused on acquisitions and not innovation. Now, we’re back in R&D and 100 percent of our energy is in investing in technology and innovation.”

The company believes that Whitman’s demeanour is far more suited to HP than previous CEOs. HP has eaten up CEOs in the past few years but what Whitman has done, that others have not, is lay out a very simplified and culture-focused five-year plan to take HP back to the glory days. Whitman has described 2013 as a fix and rebuild year – innovations and growth are said to be noticeable by 2014.

“What Meg has done has recognised the culture of the company, the roots that Bill [William Hewlett] and Dave [David Packard] installed and made it what it once was. About four or five years ago, we started to deviate from this culture and then the cracks started to show. Meg has made it clear to all of us that this company needs to be run on the culture of Bill and Dave, and that’s where we’re headed now.”

Shihabi believes that negative press was also a factor in the mini-meltdown of HP. He claims that the competition used public information against HP, but that this time is also over.

“We’re growing now, and we’re pulling away from our competition. Competition won’t have any reason to make noise about us anymore,” he says.

A question of trust
However, the Autonomy accounting scandal wasn’t something that was easy to sweep under the rug, and it was doing the exact opposite which has helped pull HP through this. In November last year, HP took an $8.8billion writedown following the news that Autonomy had grossly misrepresented its finances. But Shihabi claims that in the Middle East, Autonomy had many good references and when the news broke, and HP publicly addressed it, it was business as usual.

“I went into meetings thinking I was going to have to do some explaining, however, when I arrived, I was stopped and told to deliver a message to our CEO saying they salute what Meg has done. They believe in the technology and that’s different to the acquisitions. I replied, ‘You just saved me half an hour.’ Smart people, business people, understand what Meg has done and the culture she has inspired. When we make a mistake, we acknowledge it and move on.”

Turnaround time
Shihabi says that it’s been all positive since then, and that HP can take many positives out of the experiences of the last few years. He describes the recent process as cleaning out the house, focusing on a solid strategy and capitalising on the entire portfolio.

“We’re one of the most successful and vigilant brands in the world. Last quarter, we over-achieved, that brings confidence to us. Before, in the big quarters we were under-shooting the mark, because our vision wasn’t clear and we had problems in-house. But we cleaned up the foundations, we changed things, and now we’ve never been more confident.”

HP is focusing heavily on its enterprise group, which makes up almost 50 percent of its business. Having recently launched the business-targeted ElitePad 900, using Emirates as the global launch partner, and confirming many more “big clients” close to signing deals, the enterprise space has shown itself to be successful. The company isn’t shying away from the consumer side, however. Shihabi states that HP is working on delivering consumer tablets he believes will be competitive and different to current market offerings.

Moreover, the company isn’t turning its back on the PPS sector. Significant deals are on the horizon involving enterprise printing and PCs, as well as tablets.

The channel plays a vital role, more so here than anywhere else globally perhaps, for HP, as 99 percent of Shihabi’s business is run through it. HP was accused previously of stepping on partners’ toes and nipping in late to sign big deals, taking business away from the channel. But Whitman and Shihabi have both addressed this and HP claims that it has finally aligned its service channel with its product channel.

“We didn’t have a single channel that dealt with both. This caused confusion and lack of trust. So we restructured this, so it was all under one simple leadership. I went on a tour to meet all the partners, lay out the foundation of the changes, explain the alignment and now our satisfaction has tripled,” he says.

“We will never increase our direct business here. Those partners are crucial to us.”

HP is one of very few companies which people are sentimental about, and whether press has been positive or negative in recent years, it’s been hard to dodge. Shihabi and his team have shown 100 percent faith in Whitman and the company, however, and with growth promised to be just around the corner, the dark cloud which has loomed overhead may be clearing to reveal some fairly sunnier climes. 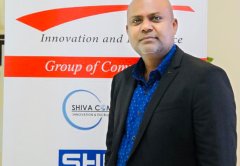 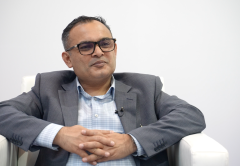 Seclore addressing the demand for data protection in KSA 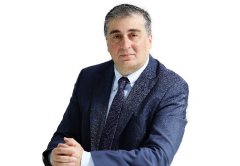 Scalable and customisable solutions for businesses 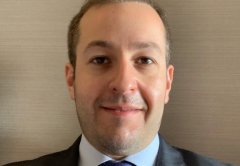