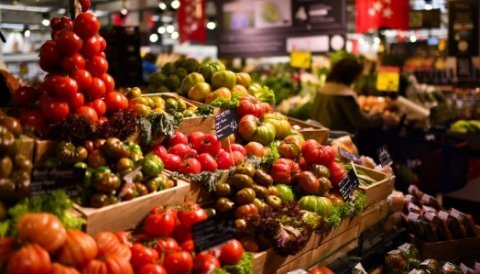 Carrefour customers will soon be able to track the origin of the food they are buying thanks to IBM’s Food Trust Platform.

The supermarket giant yesterday announced it has joined the blockchain-based cloud network platform that enables all stakeholders access to data from across the food ecosystem.

Carrefour which runs over 12,000 across 33 countries says its collaboration with IBM Food Trust is aimed at implementing a global food traceability standard across all the links in the chain – from producers through to sales channels.

According to IBM the network allows greater traceability, transparency and efficiency into the system and has been made available to all partners after 18 months of testing.

“Being a founding member of IBM Food Trust platform is a great opportunity for Carrefour to strongly accelerate and widen the integration of blockchain technology to our products in order to provide our clients with safe and undoubted traceability,” said Laurent Vallée, Carrefour Group’s General Secretary.

“This is a decisive step in the roll-out of Act for Food, our global program of concrete initiatives in favor of the food transition.”

Carrefour launched its Act of Food programme last month and said the programme aims to completely ban “controversial substances” from all Carrefour food products and aim to completely eradicate the use of chemical pesticides with its plant product lines and the use of antibiotics in livestock farming.

Using blockchain enables multiple parties to endorse the transactions thereby creating trust. Food can be quickly traced back to its source in as little as a few seconds instead of days or weeks.

“The currency of trust today is transparency and achieving it in the area of food safety happens when responsibility is shared,” says Bridget van Kralingen, senior vice president, IBM Global Industries, Clients, Platforms and Blockchain.

Carrefour customers in France will be the first to benefit from the programme. In it unclear if the facility will be rolled out to customers in the UAE, where the Carrefour branded stores are fully owned and managed by Majid Al Futtaim (MAF) Holding.

MAF Holding became the 100 per cent owner after it acquired the remaining 25 per cent stake in 2013 from Carrefour Group for €530 million. The franchise agreement between the two is valid until 2025.

Last year Dubai municipality announced a digital platform called Food Watch which by 2020 will be able to provide customers across 20,000 participating outlets with complete nutritional information of the food they are eating.

Dubai imports about $200 billion of food annually from nearly 200 countries.