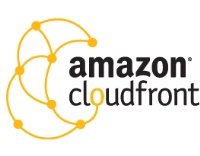 Amazon has added the ability for CloudFront to stream live content to Apple iOS devices and Microsoft Silverlight clients, the company said in a blog post on Sunday.

Amazon CloudFront is a Web service that allows enterprises to distribute content, including images, videos, media files or software downloads. To improve performance, CloudFront uses a network of edge locations spread out across Asia, Europe, South America and the U.S.

Live Smooth Streaming content is delivered to clients as a series of fragments that can be cached on CloudFront edge servers.

The clients themselves have the ability to dynamically monitor current network and local PC conditions. So when network conditions worsen, they can immediately request the next fragment to be sent at a lower bit rate to accommodate the changing conditions.

This enables clients to play the media without stuttering, buffering or freezing, according to Amazon.

Enterprises can publish the encoded live stream to an Amazon EC2 (Elastic Compute Cloud) instance running Windows IIS Media Services. When viewers request the live stream, CloudFront pulls the content from the Amazon EC2 instance, caches it at edge locations and sends it to the clients.

The same basic configuration is used for both formats, according to Amazon. To simplify the use of Live Smooth Streaming for Amazon CloudFront, the company has created a CloudFormation template that provisions the resources needed for a live event, it said.

For example, the first 10TB is US$0.12 per gigabyte and the next 40TB costs $0.08 per gigabyte in Europe and the U.S. The amount of traffic consumed is reset every month.