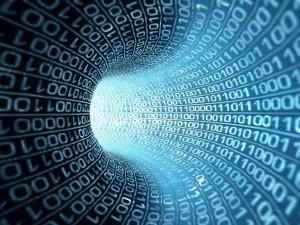 EMC has announced results of the seventh EMC Digital Universe study reveals how the emergence of wireless technologies, smart products and software-defined businesses are playing a central role in catapulting the volume of the world’s data.

The Internet of Things comprises billions of everyday objects that are equipped with unique identifiers and the ability to automatically record, report and receive data.

According to IDC the number of devices or things that can be connected to the Internet is approaching 200 billion today, with 7 percent (or 14 billion) already connected to and communicating over the Internet.

“The Digital Universe and The Internet of Things go hand in hand,” Vernon Turner, Senior Vice President, IDC, said. “As sensors become connected to the Internet, the data that they generate becomes increasingly important to every aspect of business, transforming old industries into new relevant entities.  Traditional storage services will be elevated to new levels of resiliency and tolerance to support the Digital Universe, which can only be guaranteed in a software-defined environment.”

For example, IDC estimates that 40% of the data in the digital universe require some level of protection, from heightened privacy measures to fully-encrypted data. That said, only half of that data – just 20 percent – is actually protected.

In addition, 60 percent of data in the digital universe is attributed to mature markets such as Germany, Japan, and the United States, but by 2020, the percentage will flip, and emerging markets will account for the majority of data.