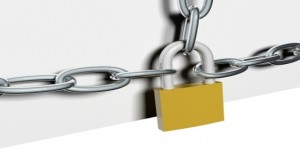 Following a failed evaluation by a German software security testing firm, Microsoft vowed on Wednesday to improve two of its security products.

The company’s Security Essentials and Forefront Endpoint Protection failed to earn a “certified” status in the latest round of testing by AV-Test to see how effective the products are against malicious software.

AV-Test, which conducts tests every two months at its laboratories in Magdeburg and Leipzig, also failed PC Tools’ Internet Security 2012 and AhnLab’s V3 Internet Security 8.0. In October, AV-Test failed to give Microsoft certified status for its Security Essentials versions 4.0 and 4.1.

Security software companies have often contested the conditions under which their products are examined by testing organisations following a poor rating, frequently arguing that testing parameters are flawed.

Blackbird wrote that Microsoft prioritises how it provides protection based on the prevalence of threats. Many of the malware samples that AV-Test used were never encountered by millions of Microsoft systems, he wrote on a company blog.

In one example, Microsoft detected only 72 pieces of malware out of a sample of 100 pieces of zero-day malware, or attack code for which a detection signature has not been created yet.

But “we know from telemetry from hundreds of millions of systems around the world that 99.997 percent of our customers hit with any zero-day did not encounter the malware samples tested in this test,” Blackbird wrote.

Microsoft did not detect about 9% of 216,000 pieces of “recent” malware in the AV-Test evaluation. But Blackbird wrote that 94% of missed samples were never encountered by the company’s customers.

“When we explicitly looked for these files, we could not find them on our customers’ machines,” according to Blackbird.

Microsoft calculated that 0.0033% of its customers were impacted by malware that the company did not detect. But Blackbird noted that Microsoft had since added detection for some of those threats. Nonetheless, “we’re committed to reducing our 0.0033% margin to zero,” Blackbird wrote.

In December, Blackbird wrote that Microsoft processed 20 million new potentially malicious files. The company prioritises how it blocks those threats, and added protection for four million of those.

“Those four million files could have been customer-impacting if we had not prioritised them appropriately,” Blackbird wrote.