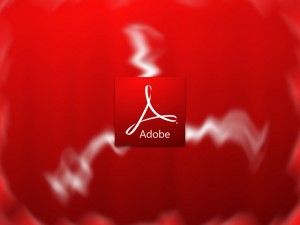 The head of the malware analysis team at antivirus vendor Kaspersky said last week that a recently found exploit that bypasses the sandbox anti-exploitation protection in Adobe Reader 10 and 11 is highly sophisticated and probably part of an important cyber espionage operation.

The exploit was discovered on Tuesday by researchers from security firm FireEye, who said that it was being used in active attacks. Adobe confirmed that the exploit works against the latest versions of Adobe Reader and Acrobat, including 10 and 11, which have a sandbox protection mechanism.

“Adobe is aware of reports that these vulnerabilities are being exploited in the wild in targeted attacks designed to trick Windows users into clicking on a malicious PDF file delivered in an email message,” the company said in a security advisory published on Wednesday.

Adobe is working on a patch, but in the meantime, users of Adobe Reader 11 are advised to enable the Protected View mode by choosing the “Files from potentially unsafe locations” option under the Edit > Preferences > Security (Enhanced) menu.

The exploit and the malware it installs are super high-level, according to Costin Raiu, Director, Malware Research and Analysis, Kaspersky Lab. “It’s not something you see every day,” he said on Thursday.

Judging by the sophistication of the attacks, Raiu concluded that they must be part of an operation of “huge importance” that “would be on the same level with Duqu.”

Duqu is a piece of cyber espionage malware discovered in October 2011 that’s related to Stuxnet, the highly sophisticated computer worm credited with damaging uranium enrichment centrifuges at Iran’s nuclear plant in Natanz. Both Duqu and Stuxnet are believed to have been created by a nation state.

The latest exploit comes in the form of a PDF document and attacks two separate vulnerabilities in Adobe Reader. One is used to gain arbitrary code execution privileges and one is used to escape from the Adobe Reader 10 and 11 sandbox, Raiu said.

The exploit works on Windows 7, including the 64-bit version of the operating system, and it bypasses the Windows ASLR (address space layout randomisation) and DEP (Data Execution Prevention) anti-exploitation mechanisms.

When executed, the exploit opens a decoy PDF document that contains a travel visa application form, Raiu said. The name of this document is “Visaform Turkey.pdf.”

The exploit also drops and executes a malware downloader component that connects to a remote server and downloads two additional components. These two components steal passwords and information about the system configuration, and can log keystrokes, he said.

The communication between the malware and the command-and-control server is compressed with zlib and then encrypted with AES (Advanced Encryption Standard) using RSA public-key cryptography.

This type of protection is very rarely seen in malware, Raiu said. “Something similar was used in the Flame cyber espionage malware, but on the server side.”

This is either a cyber espionage tool created by a nation state or one of the so-called lawful interception tools sold by private contractors to law enforcement and intelligence agencies for large sums of money, he said.

Kaspersky Lab doesn’t yet have information about this attack’s targets or their distribution around the world, Raiu said.

FireEye’s senior director of security research, Zheng Bu, declined to comment on the attack’s targets. FireEye published a blog post with technical information about the malware on Wednesday, but didn’t reveal any information about victims.

Bu said that the malware uses certain techniques to detect if it’s being executed in a virtual machine so it can evade detection by automated malware analysis systems.