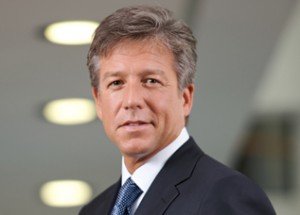 SAP is a big company, so it goes without saying that it should present itself in a big way. Sapphire Now, its annual European event was hosted in Madrid this month, where the company revelled in the glory of HANA, its in-memory database analytics tool, and insisted that further innovation and growth is on the horizon.

Despite Madrid being the location of political protests during the same week, SAP managed to successfully gather 11,000 customers, partners, journalists and analysts into the Spanish capital, and like many conferences this year, the main theme was on the innovation and growth of the mobile and social markets.

Although ending in triumph, SAP’s conference began on a sad note, as keynote speaker, Bill McDermott, co-CEO, SAP, had to address the audience via satellite link, following a tragic family event which prohibited him from travelling. The commitment to the event was appreciated however, and the warm reception helped McDermott to deliver a positive and personal speech.

“I started out as deli owner in New York, and I learnt that the customer determines whether we have a job or not, I’ll never forget that,” he said.

McDermott was quick to speak of the success of SAP’s customers since adopting mobile business capabilities, as well as newly designed, socially based application interfaces and products. The rise of mobile platforms, virtual desktops, BYOD, and big data has made dealing with these a necessity. And McDermott says: “Necessity is the mother of invention – we needed to transform ourselves.”

“Customers are 40% more likely to buy if something is marketed on a social platform. This is already proved, so now we just need to build upon it.”

Statistics on big data have continued to stun in the past 12 months, and ways of controlling it and benefiting from it are a high priority for businesses everywhere. Two years ago, SAP developed the first version of HANA, the in-memory database analytics tool. Now, it’s just entered its fifth stage of development and SAP believes that the rest of the industry is starting to realise the importance of its capabilities.

Even Oracle CEO, Larry Ellison was critical of the idea at first, as Product Manager, Ingo Brenckmann said.

“He called us complete lunatics, and asked where we were getting our drugs from. So now that companies like Microsoft are moving into this type of analytic, we’re proud.”

“The fifth version has incorporated text analysis, this is a brilliant feature because it now gives people the chance not just to view data and sort it, but to analyse it in context. For example, you can now use HANA to not only see how many people are tweeting about SAP, but what they’re actually saying, what’s the response, is it negative or positive? What are main issues, what are the thoughts and numbers and what do they represent? The power of this instantaneous data is crucial to companies working in this digital era,” he said.

Brenckmann believes that the big data issue is a snowballing effect. He says that the speed of business and the growth of data is causing companies to take great measures to consolidate it, which creates more data. This cycle has demanded a response from companies like SAP, which strongly feels like HANA is the answer.

“People used to take a sample of data to analyse situations in business. Now, with the pace of change so great, businesses want to keep complete data, needed or unneeded, refer to complete data and then make discoveries and decisions based upon this data, HANA provides this service.”

The reason SAP is putting so much emphasis onto HANA is that it isn’t just an in-memory database. HANA is now a complete software package that supports applications and runs servers through it, on top of the analytics and data control element. It’s truly one of a kind according to SAP.

With HANA, businesses can implement entire applications from scratch. It stops them needing a web server or an application server – everything is connected through one server.

“We’re trying to provide a complete new user experience, keeping our customers mobile and free all the while,” said Brenckmann.

“No other company is providing what we are at the moment, they’re behind, and are just starting to realise this isn’t such a dumb idea after all.”

The simplicity of products hasn’t been abandoned on any front by SAP. Deploying or hiring HANA couldn’t be easier. Businesses can fully benefit from HANA on a month by month cloud based purchase. Alternatively, they can acquire HANA and have an engineer fit the software with each element fully set-up, attach it to the network and it’s ready to go.

Bill McDermott concluded in his keynote that HANA is the ultimate collaboration of mobility, data and tapping the value chain.

“This is true innovation – The Stone age didn’t end because we ran out of stone, that’s a fact.”

Focusing on the future

SAP also poured a huge amount of emphasis into its commitment to the next generation of leaders in the IT world. Announcing a new e-learning platform which aims to train and educated 100,000 youths and help cut the unemployment figures.

Assisting new users, improving customer experience and setting plans in motion for the future of technology were the key themes from a successful Sapphire Now, and SAP were quick to thank everyone who attended the event.

SAP wants to provide total management of a new consumer lifestyle for these customers, and the announcement of 360 Customer, run through HANA, was the perfect way to conclude. 360 Customer aims to provide real-time analytics, allowing businesses to transform insight into intelligence and engage with customers one-to-one in context.